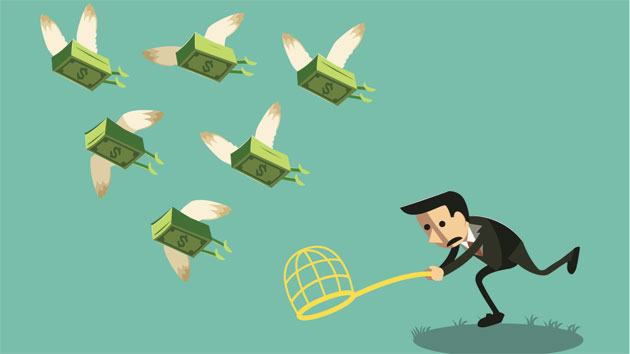 The movie industry’s glaring whiteness may be costing Hollywood millions of dollars. A new report from the Ralph J. Bunche Center for African American Studies at the University of California-Los Angeles found that films with more diverse casts have higher global box office sales and a better return on investment than their less diverse counterparts.

The researchers examined 163 films released in 2014 and found that the films with truly diverse casts (there were only eight) also had the highest median global revenues and returns on investment. The median film among the 55 with mostly lily-white casts grossed less than half as much—and barely broke even:

This isn’t happenstance. The diverse films did better because they attracted diverse audiences. Using data from RenTrak—a company that surveys moviegoers—the Bunche Center estimated that nonwhite audiences accounted for 58 percent of ticket sales for the eight most diverse films and nearly half of all movie tickets sold in the United States. More than a quarter of the total tickets were bought by people of Hispanic origin.

Diversity is good for domestic TV ratings, too, the study found. The most-watched broadcast TV shows—not just in minority households, but also within one of the most coveted age demographics—had majority nonwhite casts. Even the most-watched shows in white households had casts that were 41 to 50 percent nonwhite. And since people of color make up 38 percent of the population, the study points out, it stands to reason that shows reflective of that fact would perform better.

Hollywood, alas, has yet to embrace this reality. For another recent study, researchers at the University of Southern California’s Annenberg School for Communication and Journalism analyzed 109 films from 2014 along with 305 broadcast, cable, and digital (Amazon, Netflix, etc.) TV series across 31 networks from the 2014-15 season. Only 28 percent of all the speaking roles, they found, went to people of color. And then there’s this:

The studios, in short, are leaving a ton of money on the table. “The conventional wisdom has been, you can’t have a film with a minority lead because it’s not going to travel well overseas—and films make most of their money overseas,” says Darnell Hunt, director of the Bunche Center. “What our study is suggesting is that that logic is false.” The same goes for TV, he says: “People want to see themselves reflected in media. You relate better to characters who kind of look like you, who have experiences that resonate with your own.”

The Bunche Center calculated that just 17 percent of broadcast TV shows in the 2013-14 season roughly mirrored America’s population (31 to 40 percent nonwhite). Hunt points to shows like Scandal and How to Get Away With Murder—both created by Shonda Rhimes, who is black—as examples of shows that perform well in part because their casts are diverse. “You have a little bit of something for everybody,” Hunt explains. “And over the long haul, you’re going to make a lot more money if you do that, as opposed to where there may be one token person of color and you’re hoping that’s going to be enough to get the rest of the audience interested.”

So why does Hollywood keep using the same old formula? The biggest reason, Hunt says, is that the creative pipeline is dominated by white guys: “They’re making projects they know how to make, projects that they think are good, with people whom they’re familiar with and whom they think will sell, and so we tend to get more of the same year in, year out—the same types of leads, the same types of stories.”

The talent agencies (the “gatekeepers,” Hunt calls them) pitch most of the projects to the networks and film studios—complete with writers, directors, and leads. The top three—Creative Artists Agency, William Morris Endeavor, and United Talent Agency—represented a majority of the credited writers, directors, and actors on 2014 film projects. They also repped the majority of broadcast TV show creators and lead actors for the 2013-2014 season. But minorities make up only about 2 percent of the credited show creators on their rosters and 6 percent of the credited lead actors. Which means the deal makers have few minority clients to pitch.

Why are the talent rosters so white? Maybe because the agents are. According to the Bunche Center, the agents of the Big Three were 90 percent Caucasian and 68 percent male—hello Ari Gold! The agency partners—who develop business strategy and share in the profits—are almost entirely white and 71 percent male. This lack of diversity, unwittingly or not, dictates the kinds of stories that end up in production, and who we see on the screen. “The question is, how many people of color are involved in the earliest stages?” Hunt says.

The makers of at least one would-be blockbuster hope to break the old mold. We recently talked with the scriptwriter of Marvel’s Black Panther, the forthcoming film about an African superhero, about that studio’s efforts to get more diversity in the pipeline.