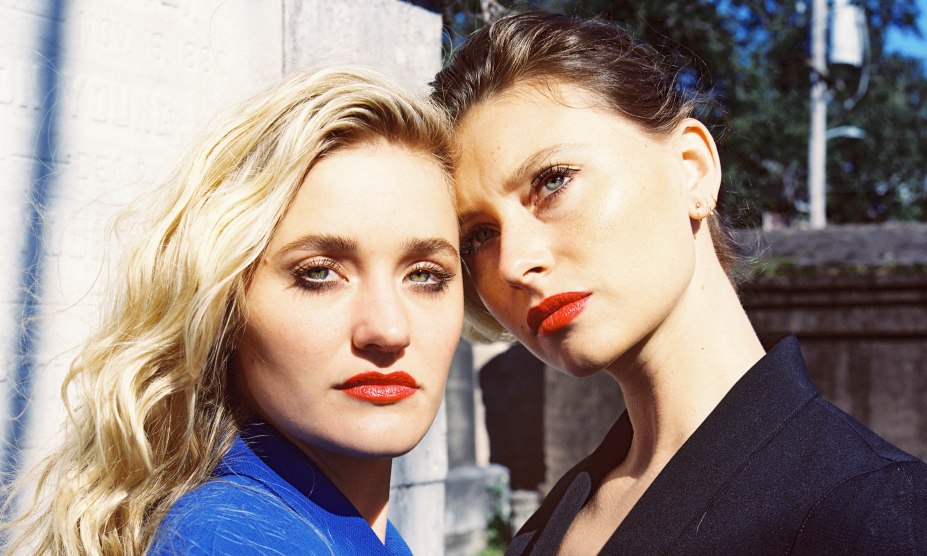 Why we’re into it: Sanctuary channels the energy of a live performance into five tracks that satisfy our hunger for 80’s inspired synth-pop.

The sisters introduced Sanctuary to the world with two lead singles, “Church” and “Don’t Go Changing.” While the former explores shortcomings and reconciliation, the latter is a danceable track about fear and uncertainty. And even with two strong singles, the other tracks still hold their own. The title track “Sanctuary” is laden with crowd-like energy. “Star Maps” and “Not Ready To Wake Up” remind us that their music really should be experienced live.

Mother Jones caught up with Aly & AJ and spent some time listening to them talk about faith, about being gay icons, and the possibility of a Cow Belles 2 (Spoiler: They’re trying to make it happen). 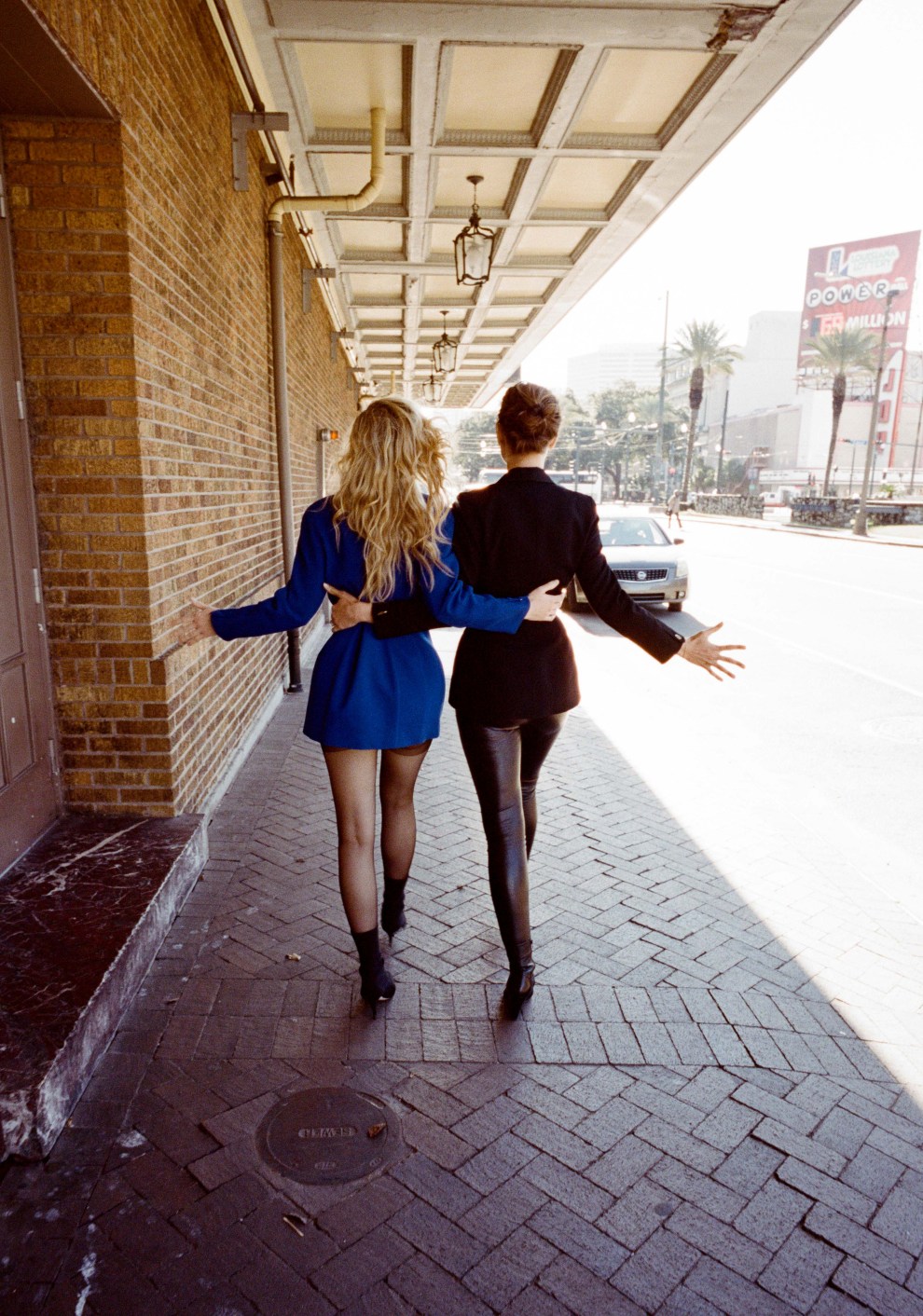 Mother Jones: Your religious beliefs have been a significant part of your past and still influence your music by the sounds of your single “Church.” What role does faith play in your music a decade later?

AJ: If anything, I hope it’s gotten stronger, and that either resonates for certain people or doesn’t. We’re never trying to push a certain agenda with our music. We just write from our hearts. [A sanctuary] really can be anything, and I hope people feel that when they listen to this record.

MJ: The word “Sanctuary” feels as spiritual as it does political. Why that title?

Aly: It best describes how we feel about our fans. They’re a sanctuary to AJ and me, and we’re a sanctuary to them. When they come to shows, they feel like they can be themselves, they can be free. AJ and I feel like our concerts, in general, have a really amazing energy and it’s interesting because you kind of have to be in the room to feel it. It’s very therapeutic for both of us to experience it up on stage.

MJ: The two of you, much to the appreciation of your fans, have always spoken up about your beliefs and been advocates, mainly for LGBTQ rights. How do you turn that into action?

Aly: We ended up partnering on our last tour with Project Heal and then with Headcount, so that we get people out to vote. This year is when we chose to partner with the Trevor Project, because we felt like we needed somebody there to speak directly to our LGBTQ fans, that were maybe struggling, or wanted to maybe donate to help end conversion therapy. AJ and I felt like it was the perfect partnering. 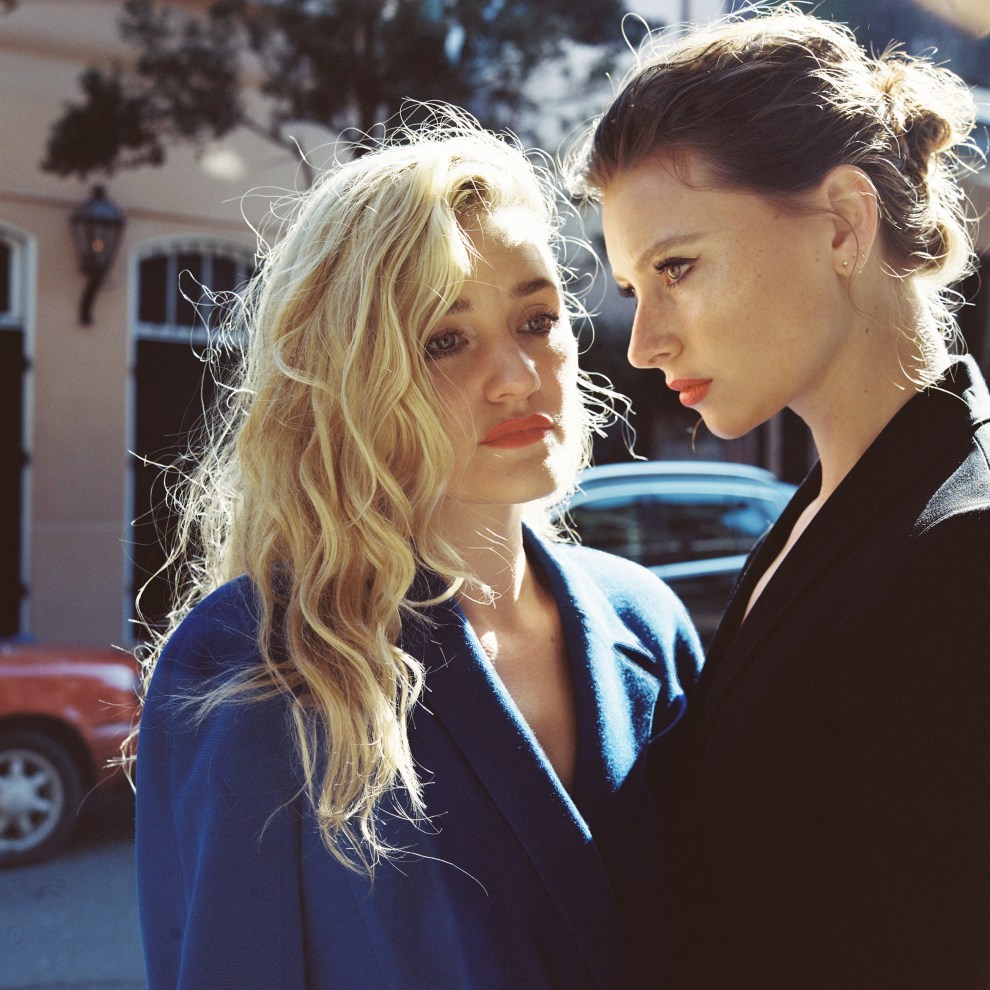 MJ: Beyond being allies to the community in action, you’ve been allies in your contributions to pop culture. Cow Belles, “Potential Breakup Song,” Phil of the Future—and now Steven Universe, iZombie—these are all projects and art that resonate with queer people. How does it feel to be gay icons?

Aly: That’s a major honor. It’s funny, because when we were younger, I don’t even think we knew the type of power that we had in the lyrics that we were writing in songs like “Rush” and “No One.” It’s cool looking back at the things that really connected, and the things that are now connecting. It’s neat to see that there is an arc in our journey as artists.

MJ: Was there ever a struggle to reconcile your beliefs with your support for the LGBTQ community?

Aly: For AJ and I, it didn’t really affect us because we feel so strong about our own beliefs. And they don’t seem wrong to us as being completely on par with the God that we believe in. So if we do get a backlash from the right wing, we gladly take it on. We’re fine with that.

MJ: Your new music has a very distinct sound, full of 80’s inspired synth-pop. Where did this new sound come from? And why did it feel like a fit all these years later?

Aly: When AJ and I started writing the 10 Years EP, we naturally started writing this 80’s pop inspired music, and it was a collaboration involving what we were listening to at the time and the bands that we were listening to. Our producers and co-writers also tend to love that type of music and really nurtured that within us. It felt very natural for us.

AJ: The two EP’s side-by-side are really cohesive. Aly and I took a long time to release new music and when we did the fans responded so well to 10 Years that we didn’t want to stray too far from what that was.

Aly: “Sanctuary” is our favorite song. There’s something about what that song does when when it’s in a live setting that’s so powerful with the crowd.

AJ: There’s something about that song that’s really empowering live, and it’s definitely our favorite.

MJ: And the last, but most important question: Would you do a Cow Belles remake?

Aly: Yes. And it’s something we’re trying to make happen in the works right now.

AJ: Don’t consider it a remake though, if anything would be like a sequel.

Well, as we wait for a Cow Belles sequel, you can catch Aly & AJ on tour and indulge in Sanctuary—out now.