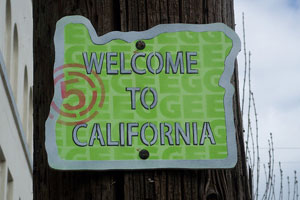 As I write in my article today, Democrats are panicked that the Republicans’ enormous gubernatorial and state legislative successes will give the GOP the power to draw congressional districts in a way that locks in a GOP House majority for a decade or more. In 2011, Republicans are poised to set the boundaries of 164 congressional districts; Dems will probably draw fewer than 60.

One reason that difference is so large is that California, where Democrats will control the governorship and the state legislature, just passed a ballot measure (Proposition 20) taking congressional redistricting power out of the hands of state legislators and giving it to an independent commission. Most progressives support the ideas behind the measure, but many worry that not being able to draw California’s 53 congressional districts will make it even harder for their party to offset any gains the GOP makes in the states where Republicans are drawing the districts.

However, there’s some evidence that taking California’s redistricting out of the hands of state legislators may actually end up helping Dems overall. The current map in the Golden State is what’s called an “incumbent protection” plan. The votes from Tuesday’s midterm elections are still being counted in California’s 11th district, where Democratic Rep. Jerry McNerney holds on to a narrow lead over Republican David Harmer. If McNerney holds on, there will be 33 Democrats and 20 Republicans in California’s congressional delegation come January—nearly the same 34-19 balance as January 2008. It’s also the same balance that there was in 2002, when California’s Dems and GOPers first agreed to the incumbent-protection plan. In fact, over the past four elections—including three that could be fairly described as “wave” elections—no more than one California seat has switched parties in a given year.

But if Dems already control the vast majority of California’s congressional seats, what do they have to gain from fair redistricting and more competitive elections? Potentially a lot. Currently, Democratic voters in California are very inefficiently distributed between congressional districts. Most Democratic representatives win by a lot, not a little. California’s Republican members of Congress, by contrast, regularly win by smaller margins than their Democratic colleagues. Bottom line: If Dem voters were better distributed, Democrats could easily win more seats.

By my count, only 4 of California’s 33 Dems won by less than 20 percent in this, a Republican year (one of those four Dems won by 19 points). But 7 of California’s 20 Republicans won by less than 20 percentage points. And while 17 Dems won more than two-thirds (66.6 percent) of the vote in their district, only one of the Republican winners got more than two-thirds of the vote this year. There’s a lot of potential for Democratic voters to be better-distributed. Senior California Democrats who are accustomed to winning elections with 65, 70, or even 80 percent of the vote might not like it—and in the past, they’ve pushed for Sacramento’s redistricting plans to protect their power. But spreading the Democratic wealth around would be better for the party—and more competitive elections would be better for everyone.