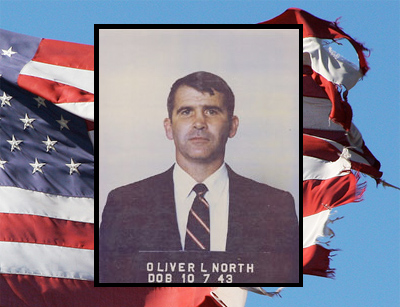 OK, the next sentence will probably make you laugh. Just promise me you’ll keep reading beyond that.

No, seriously. Both put out some really interesting commentary yesterday. One represents a sober but crisp arch-conservativism that you may rarely agree with, but can quickly appreciate. The other represents the inchoate ramblings of an addled, sycophantic manipulator who has no business intoning on anyone’s morality. Taken together, they show why repealing DADT should be a priority for Democrats—not only because it’s morally just and strategically sound, but because it has the political potential to implode the right wing of the right wing.

I think it should be obvious—even to Sen. McCain—that DADT is going to be repealed at some point whether anyone likes it or not. That repeal can be a purposeful one, implemented in a way in which the military can decide on a timeline and methodology by which to do so, or it can be by a court order that will end it immediately and not allow the military any control of the transition.

The Pentagon’s DADT study was recently published and it essentially concluded that most troops really don’t care about gays serving openly. That sentiment mirrors what most of the country feels as well. The Pentagon report concluded that the threat to the force of repeal is “low”.

As I’ve said for years, when the dominant culture concludes sexual orientation isn’t relevant to job performance, that would eventually filter into the military. If the Pentagon’s study is to be believed, that’s happened.

This is classic conservatism at its best: Adopt a set of principles and be willing to follow them consistently, wherever they may lead. In this case, though McQ sounds a bit skeptical of gays and putting civil rights before military preparedness, he’s ready to accept the dictates of the Pentagon leadership—and the public at large. Like all the writers at Blackfive, he’s outspoken and ready for a clash when it comes to politics. Sometimes they’ve cooperated with me on stories; at other times they’ve called me “MOTHER. SOCIALIST RAG. JONES.” Sure, they’re “Love it or leave it” red-meat types, while I’m a progressive who lives by the reformist words of that early famous conservative, Edmund Burke: “For us to love our country, our country must be lovely.” But the Blackfive guys understand that gay equality in the military isn’t the downfall of civilization; it’s the groundwork for a newer, broader sense of civic virtue in America.

And then there’s Ollie North. Here’s what he wrote yesterday:

Adolf Hitler, Benito Mussolini and Hideki Tojo tried and failed. Mao Zedong, Nikita Khrushchev and Ho Chi Minh couldn’t do it. But commander in chief Barack Obama may well succeed where others could not. If he has his way, he will demolish the finest force for good in the history of mankind—the U.S. armed forces. And he wants to make it all happen before the end of the year…

In his testimony Dec. 2, while urging the Senate Armed Services Committee to act immediately on changing the law, [Joint Chiefs Chairman Mike] Mullen told the solons that service in the military is a “meritocracy” based on “what you do, not who you are.” That, of course, is the very argument many of us have been making against allowing active homosexuals into the ranks.

Ah, yes! The obvious Nazi-commie-baiting. The “Obama wants to destroy morality, the military, and America!” trope. The zeroing in on what military chaplains think—chaplains who are conservative evangelical Protestants out of all proportion to the US military and civilian populations. The insistence that it’s not gays that conservatives are after, but their bad behavior—you know, that gay lifestyle.

And here’s a guy who knows about bad behavior, right? Oliver North’s career as a Marine officer started with a suicide attempt with his service pistol in a Quantico parking lot, and it ended with his flouting of congressional and constitutional authority, his illegal sales of arms in Latin America and Iran, his alleged drug dealing, his shredding of White House records, and his questionable money practices with a self-run nonprofit. Oliver North, whom even his Iran-Contra co-conspirator and fellow Marine Robert MacFarlane called “deceitful, mendacious, and traitorous” and “devious, self-serving, self-aggrandizing and true first and foremost to himself.” He now deigns to preach to us on morality, government propriety, and civil-military relations.*

One of these conservatives offers a considered opinion and a fundamental belief in the American political process. The other parrots conservatism as we most often see it today, in fire-eating congressmen, in grassroots right-wing movements, in Fox News bites: radical, rejectionist, morally hypocritical.

Which, on the whole, should be encouraging: The Obama administration should push DADT repeal loudly, clearly, and unapologetically. To do so will force individual conservatives to choose either the path of reason…or the Ollie North way. If they opt for the former, they’ll rejoin the majority of Americans and make conservatism relevant again; if they choose the latter, they’ll only marginalize themselves further out of the process.

Of course, scoring political points isn’t a compelling reason to repeal DADT. We should do it to advance the very American cause of equality of opportunity before the law. And we should do it so that the military can avail itself of a new, untapped recruiting pool. If one conservative military blogger can understand that, why can’t we all?

* For a devastating true account of Ollie North’s crimes, proven and alleged, read The Nightingale’s Song by his fellow Naval Academy graduate and Marine, Robert Timberg.