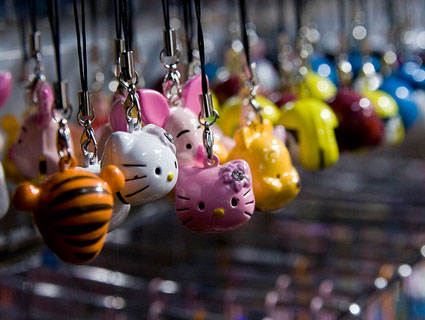 In 1961, Allen Rosenstein used a $500 loan from his father to found Pioneer Magnetics, an electronics company that grew from a small NASA contractor in Southern California to a major manufacturer of computer components. By 2000, he employed 500 workers and grossed $27 million a year. But that was before competition from low-cost Asian manufacturers inspired much of the American high-tech industry to relocate overseas. “They have persuaded my biggest competitors to move over there,” says Rosenstein, who’s had to lay off 80 percent of his US workforce to stay competitive. “The net effect is it beggars this country, and we don’t seem to be able to recognize it.”

On Monday, the Obama administration sent Congress its latest version of the Korea-US Free Trade Agreement (KORUS FTA)—a bilateral pact that would be the largest of its kind since the North American Free Trade Agreement. (The package included free trade deals with Panama and Colombia, but those are small potatoes compared with Korea, the world’s 15th-largest economy—and a tech and manufacturing powerhouse.) The US Chamber of Commerce, which launched a national pro-ratification campaign in January, was juiced. “America is finally getting back in the game,” Thomas J. Donohue, the group’s president, declared in a statement. “The chamber will pull out all of the stops to get the votes in Congress, where the agreements already enjoy bipartisan support.”

A sizable number of domestic manufacturers, however, have sided against the chamber over Korea. For one, the US Business and Industry Council, an association of small and midsize firms founded in 1933, is strongly opposed to the deal. “We can’t imagine that KORUS would serve current US economic interests,” says Alan Tonelson, a research fellow with the council.

Ditto Ian Fletcher, senior economist with the Coalition for a Prosperous America (CPA)—a collection of business, labor, and agriculture interests whose petition against the Korea deal has been signed by scores of companies. He says the pact’s boosters willfully ignore how similar agreements have gutted American manufacturing. “They just kind of airbrush it out of the picture and don’t talk about it very much,” Fletcher says. “Like sex in a Victorian family.”

Originally negotiated by George W. Bush, KORUS FTA would eliminate tariffs on most US and South Korean goods within five years. (Korea is America’s seventh-largest trading partner, with trade between the two countries reaching $67 billion in 2009.) In a Wall Street Journal op-ed praising Obama’s support for the deal, Thomas McClarty, a former chief of staff to President Clinton, wrote that it “won’t be easy, and it may alienate some in the Democratic base, but it is essential.”

“This is going to be a gigantic superhighway for everybody in Asia to export their auto parts to the US.”

Most economists still cling to the notion that free trade agreements boost prosperity. “The credible studies show that the US has benefited enormously from liberalizing its market and other markets,” says Joshua Meltzer, a Brookings Institution fellow. Meltzer concedes that lowering tariffs has displaced certain US industries, but he argues that the losses are more than offset by lower prices, better investor protections, and a boom in high-paying jobs in competitive fields like corporate and financial services.

Yet the results of Clinton-era trade deals have led some prominent economists to form a dimmer view. Adam Hersh, an economist with the Center for American Progress, once regarded Ross Perot’s 1992 claim that NAFTA would create a “giant sucking sound” as jobs were siphoned to Mexico was “kind of crazy. But it turns out he was onto something.”

Indeed, in 1994, three months after Clinton signed NAFTA, the peso plummeted and later collapsed, triggering a deluge of suddenly cheap Mexican imports and, according to the Hersh, a spate of outsourcing to maquiladoras just south of the border. America’s $1.7 billion trade surplus with Mexico has since turned into a $66 billion trade deficit—costing the United States about 600,000 jobs, according to the labor-backed Economic Policy Institute (EPI).

The National Association of Manufacturers (NAM), a key NAFTA supporter, attributes the Mexico trade deficit to oil imports, not manufactured goods. If the Korea pact is not ratified, the group contends, America will be at a disadvantage to the EU, which has its own free trade deal with Korea. But economist Fletcher counters that that most NAFTA-related oil imports are from Canada, not Mexico, and so lumping the two countries together masks the pact’s effect on domestic manufacturing.

“These are really offshoring agreements designed to make it easier for American corporations to produce abroad.”

America’s biggest trade imbalance, of course, is with China, which enjoys easy access to US markets through the World Trade Organization. The EPI claims that China’s participation in the WTO has helped triple the US/China trade deficit to $278 billion, contributing to 2.8 million lost jobs in the United States. “I think we’re ignoring the reality of what’s gone on with trade agreements in this country,” says Rob Dumont, president of the national Tooling, Manufacturing & Technologies Association, which opposes the Korea deal.

Supporters of the agreement say it’s designed to avoid past pitfalls. According a US International Trade Commission study, it will reduce our trade deficit with South Korea by $4 billion without costing a single US job. And Obama won over the United Auto Workers last year by renegotiating the pact to push back tariff cuts on Korean car imports for four to eight years.

But most labor interests see the deal as a sort of Trojan Hyundai. EPI economist Robert Scott is particularly concerned with a “duty drawback” provision that lets Korea export foreign-made goods to America duty-free after adding a mere 30 percent to their value. “You can get that with slapping a label on something,” he says.

Scott estimates that the Korea deal will cost America 159,000 jobs in its first eight years. “This is going to be a gigantic superhighway for China and Thailand and Indonesia, everybody in Asia, to export their auto parts to the US,” he says.

“Free trade is not free,” one business owner told me. “It has never worked anyplace it has been applied.”

The main beneficiaries of the free-trade deal, its opponents say, will be US-based multinational corporations that want to snap up Korean banks and open their own Korean factories. “These are really offshoring agreements designed to make it easier for American corporations to produce abroad for the American market,” says the CPA’s Fletcher. China and Korea, he adds, have a history of blocking US exports with arcane procurement rules and currency manipulation. (See “The China Syndrome.”) “As long as America persists in trying to play by free trade rules honored only on paper, while foreign nations play the 400-year old game of mercantilism,” Fletcher says, “this will remain true.”

Pioneer Magnetics founder Rosenstein has weathered the exodus of America’s high-tech sector with enough money left to retire on, but these days he fears his workers and his grandchildren won’t be so lucky. “Free trade is not free,” he told me. “It has never worked anyplace it has been applied, and for people to say it’s going to work now—they’re selling you snake oil.”

Also read: “Fact-Checking the US Chamber of Commerce” and “My Summer at an Indian Call Center.”