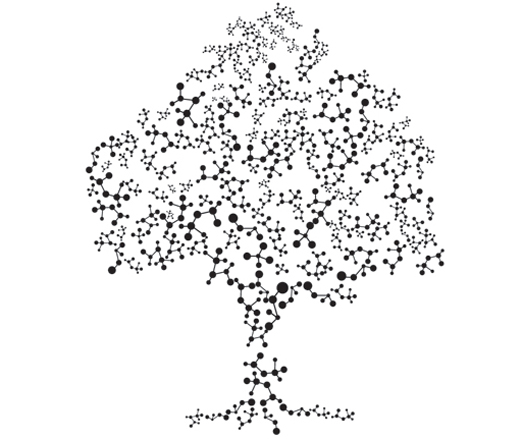 Can your genes be “owned” by someone else? Well, over a quarter of them already are, but the debate rages on about whether or not this is kosher. Last Friday, the the US Court of Appeals for the Federal Circuit began hearing a Supreme Court-mandated case over whether isolated human genes can be patented in the first place. The defendants, Myriad Genetics, hold patents for two genes hugely implicated in breast cancer—and by extension control the means to test the genes for potentially dangerous mutations.

It’s unclear whether this case will settle the two-year tug-of-war over whether our naturally-occurring genes can qualify as patentable human inventions. But in the meantime, here are some weekend #longreads that weave together stories about families, politics, and self-identity—all through the lens of our basic genetic building blocks. For more long stories from the pages of Mother Jones, check out our longreads archive. And, of course, if you’re not following @longreads and @motherjones on Twitter yet, get on that. Have a great weekend, readers!

When a daughter tests positive for carrying the lethal Huntington’s gene, it means her mother must be a carrier as well. Amy Harmon’s moving account tells the story of a girl determined to face her inevitable disease head-on, and a mother who insists on denying it—while already beginning her downward spiral into brain disease.

In the tumultuous months that followed, Ms. Moser often found herself unable to remember what normal had once been. She forced herself to renounce the crush she had long nursed on a certain firefighter, sure that marriage was no longer an option for her. She threw herself into fund-raising in the hopes that someone would find a cure. Sometimes, she raged…She never, she said, regretted being tested. But at night, crying herself to sleep in the dark of her lavender bedroom, she would go over and over it. She was the same, but she was also different. And there was nothing she could do.

A conference of Israeli and American geneticists studying Jewish DNA devolves into the question: What does it mean to be a Jew?

Is a person Jewish because of blood or because of culture? Must Jewish identity follow the biological pathway of descent, like those tongue-twisting names in the Hebrew Bible connected by begat, or can Jewishness be acquired merely by espousing the faith?…The implications of the debate matter for more than just Jewish Israelis. Allowing for biological yardsticks of Jewish ancestry begs a question about the blood origins of the Palestinians in their midst. On the family tree of humanity the two peoples are surprisingly close, or so says science.

An extremely rare genetic mutation discovered in 1964 causes boys to have strikingly devastating self-mutilating behaviors. This is the story of two men living with the disease, and what they can tell us about the genetic roots of human behavior.

I went back several times to visit James Elrod and Jim Murphy, and began helping their staff with daily tasks. Elrod spat in my face a few times, and gave me a left jab to the jaw. Once, his Kevlar-covered fingers closed on my skin like pliers; he apologized while we both worked to get them loose. Murphy, at his thirty-third birthday party, planted his face in his cake, and then punched me. Nevertheless, I came to like them a lot.

Experimental psychologist and popular science writer Steven Pinker takes us on a unique quest of self-discovery: having his genome sequenced and posting it online for geneticists to analyze. This is the story of what he learns along the way.

People have long been familiar with tests for heritable diseases, and the use of genetics to trace ancestry—the new “Roots”—is becoming familiar as well. But we are only beginning to recognize that our genome also contains information about our temperaments and abilities. Affordable genotyping may offer new kinds of answers to the question “Who am I?”—to ruminations about our ancestry, our vulnerabilities, our character and our choices in life.

The Human Genome Project was just drawing to a close, and one family dealing with a rare genetic disease decided to take the issue of gene patenting into their own hands.

After overcoming their initial awe at scientists and their jargon, they came to a disheartening conclusion. “We realized nobody knows what’s happening with this disease,” Sharon recalled…With the help of friends, neighbors, fellow patient advocates, and the Internet, the Terrys embarked on an unprecedented project: They sought out people with PXE and their family members, and asked them to provide blood and tissue samples. “We realized that if we got enough people’s DNA, we could find the gene,” Sharon Terry explains. “So we decided to make a central repository. And we decided to keep the key to the repository ourselves.”