Skip to main content
Also read a profile of Harper Reed, the Obama campaign’s tech guru, and see our flowchart of how OFA gathers data on prospective voters.

Last fall, a tech-savvy startup burst onto the scene with a hiring spree: “We are looking for analytics engineers and scientists in our Chicago headquarters to work on text analytics, social network/media analysis, web personalization, computational advertising, and online experiments & testing.” Since then, Obama for America (OFA) quietly has added dozens of positions that never would have existed 10 years ago—titles like chief scientist, director of modeling, battleground states election analyst, and chief integration and innovation officer. Here’s what they do: 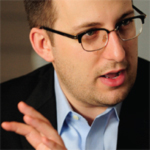 Howard Dean’s lasting political legacy isn’t the “I have a scream” speech; it’s Blue State Digital, the tech consulting firm founded by Rospars and other ex-Deaniacs soon after the 2004 election that was the first serious effort by Democrats to harness the web for political ends. Rospars and Co. revolutionized the way campaigns used the web during Obama’s 2008 race by borrowing tactics from social networks and Google. The end result: 2 million Facebook friends, 13 million email addresses, 14.5 million hours of YouTube views, $500 million raised online—and 365 electoral votes. He rejoined the Obama campaign in 2011. 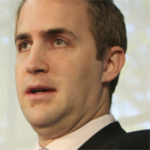 Kazuyoshi Ehara / Mesh Marketing / NewscomSlaby, another 2008 vet, helped Rospars run the campaign’s new-media shop during that primary season before being promoted to chief technology officer, a job in which he faced the data integration challenges he’s brought Reed on to fix in 2012. As CIIO, he oversees the campaign’s technology, operations (think IT), and analytics departments. His big idea this time around—perhaps building on his stint at the PR powerhouse Edelman—is “micro-listening,” i.e., studying the habits and traits of individual voters to understand how to target them.

A political novice, Ghani came to the campaign from Chicago-based R&D firm Accenture Technology Labs, where he specialized in building algorithms from various data sets—like consumer shopping habits—to help businesses improve their bottom lines. In one of his more recent projects, Ghani developed a model to estimate, with 96 percent accuracy, the end price of an eBay auction—information that could then be used to sell price insurance to queasy users worried about coming up short. At OFA, his skills have been put to use on Project Dreamcatcher, which uses text analytics to gauge voter sentiment. 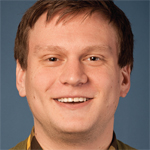 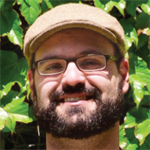 US Department of Energy D’Agostino worked as an astrophysicist at Argonne National Laboratory and in Antarctica, where he did fieldwork on particle physics and freelanced for The Economist. Now, working under digital analytics director Amelia Showalter*, he helps the campaign sift through enormous amounts of data to figure out whom to target. Like many of the campaign’s analytics hires, he’s never worked on a political campaign before. 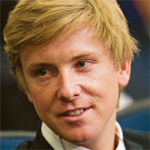 Brooks Kraft / CorbisThe 2012 digital campaign was built on a foundation Hughes helped create. A cofounder of Facebook, Hughes left the company in 2007 to pitch in at the Obama camp’s new-media campaign in Chicago, where he built a social-media platform, My.BarackObama.com, that mimicked (and mined) Facebook’s core features. He’s now owner and editor in chief of The New Republic. 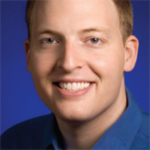 OptimizelySiroker took a leave of absence from Google to join the Obama campaign’s analytics team in 2007, spearheading its data crunching. Borrowing from his company’s bread and butter, he used A/B and multivariate testing to increase volunteer sign-ups and donations (racking up an extra $100 million for Team Obama). After serving briefly as an adviser to the White House, he started Optimizely, a web optimization outfit that provides services to both the Obama and Romney campaigns.

If you get the impression that the Obama campaign is playing mind games with its incessant fundraising emails, it’s because they are. Backof came to the campaign from the Analyst Institute, a secretive, union-founded, Washington research shop that specializes in applying behavioral science to lefty political causes. On his Twitter profile, Backof describes his expertise as “Building better political mousetraps through randomized controlled experiments.”

Update: As many readers pointed out, there was one glaring oversight in what was meant to be a snapshot of the Obama digital world: women.

It wasn’t for lack of merit. Some of the top positions on the tech and digital side are held by women—from analytics, to organizing, to special projects, to digital outreach. Here’s a quick, but by no means comprehensive, glance:

Amelia Showalter, director of digital analytics: Showalter, who cut her teeth targeting voters through television, brings a simple philosophy to her work for the campaign: “Quantitative political consulting is producing the right metrics and models to make well-informed decisions.” What that means, in layman’s terms: Showalter specializes in digging through demographic data and voter files to figure out where and how to hunt for voters.

Betsy Hoover, digital organizing director: The Obama campaign’s social media prowess in 2008 was well documented, but there was plenty of room for improvement. Hoover’s role is that of a community builder, helping channel enthusiasm online into fundraising dollars and volunteer shifts. Here she is introducing the campaign’s new grassroots fundraising page as part of OFA’s one-stop organizing portal, Dashboard:

Marie Ewald, deputy digital director: A veteran of the 2008 race (where Ewald directed the Obama campaign’s email effort), she brought A/B testing—sending variations of a headline or photo to a randomized set of users to determine what’s most effective—to the Clinton Foundation, where she estimated it brought in an additional $1,022,571 in aid for Haiti. This time around, Ewald’s working in an expanded role, reporting to digital director Teddy Goff.

Catherine Bracy, community outreach lead: Bracy reached out to heavyweights in the Bay Area’s digital world, from Craiglist to Google, before helping to launch the Obama campaign’s San Francisco technology field office last March. Based in the city’s tech-heavy SoMa district (it shares a suite with a social media start-up), the office was unique in its scope, aimed not at making phone calls and knocking on doors, but on encouraging local digital pros to chip in for the campaign in their free time.