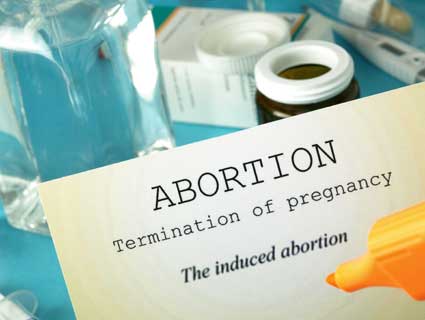 Wichita, Kansas, has been without a local abortion provider since an anti-abortion extremist murdered Dr. George Tiller in his church in May 2009. Now, one of Tiller’s former employees has bought his clinic and intends to reopen it this spring.

The Trust Women Foundation, led by former Tiller spokeswoman Julie Burkhart, purchased Tiller’s old office last September. The group has raised most of the $1 million it will take to reopen the clinic, and Burkhart, 46, and her staff have been busy renovating the office and recruiting doctors. Burkhart is originally from northern Oklahoma. She worked with Tiller at the clinic for seven years, and had moved away from Wichita shortly before his murder. She has since moved back to reopen the clinic, which she and her colleagues plan to call South Wind Women’s Center.

When it opens, the clinic will provide abortions only up to the 14th week, and will provide referrals for pregnancies that are farther along. It will also offer full gynecological services, like pap smears, breast exams, birth control prescriptions, and prenatal care. “We want to make it a place that’s open for all women,” Burkhart told Mother Jones. Without a clinic in town, women have been traveling more than three hours away to seek abortions at clinics in Kansas City and Oklahoma.

Of course, it’s not the pap smears that draw the anti-abortion protesters. And Wichita has had more than its share of protests. Tiller, one of the nation’s only late-term abortion providers, was a main focus of their actions. Operation Rescue moved its headquarters to Wichita to focus on the clinic. And protesters have blocked other would-be providers from opening clinics in the town in their quest to keep Wichita “abortion free.” Since Burkhart signaled her intention to reopen the clinic, anti-abortion groups have lodged complaints that the clinic didn’t have proper building permits (it did) and have started a petition drive to get the city council to rezone that part of town as residential so that the clinic can’t reopen.

I talked to Burkhart last week about her plans for South Wind Women’s Center.

Mother Jones: How did you come to the decision to reopen Dr. Tiller’s Clinic?

“No matter where you live in the United States of America, women will have access to reproductive health care.”

Julie Burkhart: This was something that a lot of us thought about almost immediately after Dr. Tiller’s murder in ’09. It was on our minds, but a lot of us just didn’t feel that we were emotionally able to go down that path and pass through those hoops in order to make this happen. I kept coming back to it, and other people I worked with kept coming back to it, that this was just the right thing to do. A year and a half after we lost Dr. Tiller, we were really able to say, “Okay, this is going to be hard, this is going to be challenging—probably the biggest challenge of our lives—but we’re going to get this done.”

MJ: How did you overcome that apprehension and decide you needed to do it, even if it was going to be hard?

JB: I kept thinking that somebody else was going to do this. There were some other very well intentioned people who wanted to do this, and it just didn’t seem to work out for one reason or another. Here we live in a pretty good-sized city, Wichita, with a metropolitan area of around 650,000 people. It’s like really, come on. We’re a town that used to have three abortion clinics. Shouldn’t we be able to have at least one ob-gyn practice that offers abortion care? We realized we just needed to pick up the torch and do it.

MJ: Wichita has been the subject of so much attention from both anti- and pro-choice activists. What is the significance of reopening the clinic?

JB: First and foremost, we want to make sure that women who need to see us, want to come see us, are able to access care. We’re looking at a few thousand women who now have to travel outside the area each year. Secondly, what it says is that no matter where you live in the United States of America, women will have access to reproductive health care. This community has just been so embroiled in the abortion…I hate to say the abortion “debate,” but just the turmoil. Some people would say, “Just leave it alone and let it go.” However, we can’t really have true freedom in this country until everyone can access that right.

Why, just because we live in Kansas, in the middle of the country, should women be faced with more hardship? Why should it just be women on the coast where the laws are typically more liberal that have access to abortion care? I hope that’s what people get out of this—that no matter where you are as a woman, you’re entitled to that right.

MJ: Given the atmosphere in Wichita, were there any concerns about coming back there?

JB: Our concerns are about security, and making sure it’s peaceful at our clinic and things are peaceful at our homes. I feel that there’s a bit of a different attitude here now. The community in general really gets and understands that a medical facility like ours is needed in this community. Frankly, the only people we get the pushback from by and large are the antis. They’re good bullies. But people in this community are speaking out maybe a little bit more. There’s a little bit more understanding. We want people to understand that this is a new day; this is a new clinic. We’re working on a different model of health care for women. And we’re not going to be pushed around by the antis.

MJ: We just marked the 40th anniversary of Roe v. Wade a few weeks ago. Where do you think we are as a country on abortion access, and where are we heading?

JB: Well, I’m hoping that we’re coming to a turning point in our society where we can address this issue and this need instead of trying to hide from it, and can have a more honest dialogue. Frankly, I’m guilty of the same thing, because I went through a period of time where it was commonplace to not say the A-word, to try to dance around the issue. Looking back, I’m not sure that was the best strategy for us.

I’m hoping that we’re coming to a point where we can just be more honest, where we can lay things on the table and have those discussions. Because this is what I feel about abortion care: I think abortion is about motherhood. Abortion is about motherhood because by and large women coming in to have abortions are concerned about the kind of life and the future for their children. Women are thinking in a very responsible manner when choosing that. The anti-choice groups often portray women as irresponsible and making these whimsical decisions. But in truth these are very well thought out decisions women are making. They’re taking responsibility for their lives and the lives of their future families.