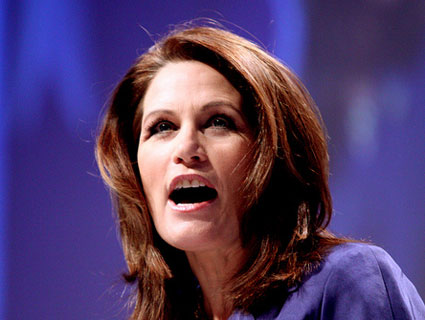 Last Friday, news broke that the FBI is investigating allegations that the 2012 presidential campaign of Rep. Michele Bachmann (R-Minn.) violated federal laws by not disclosing payments to an Iowa state senator, improperly coordinated with her PAC, and tried to silence whistleblowing staffers. Bachmann has responded by pointing out that the allegations, which first surfaced in January, don’t directly accuse her of any wrongdoing. Still, some political observers believe that the allegations could spell the end her congressional career when she faces off against the same Democrat she narrowly defeated in 2012.

How did this all begin? In January, Peter Waldron, Bachmann’s former national field coordinator, filed a complaint with the Federal Election Commission. Waldron, a Florida evangelist who did outreach work to Christian conservatives for Bachmann in Iowa, alleged that her campaign violated federal statutes in five separate incidents:

Who’s investigating the allegations? The FEC is also investigating Waldron’s complaint, and in March, the Office of Congressional Ethics began interviewing former Bachmann campaign staff about the allegations. On May 1, the Iowa Senate Ethics Committee voted to probe Sorenson, and the chief justice of the Iowa Supreme Court appointed a special investigator. Police in Urbandale, Iowa, are still investigating Heki’s report of the email theft.

Who else is caught up in this? On Friday, MinnPost reported that Andy Parrish, Bachmann’s former chief of staff, had been approached by the FBI as part of an investigation into Waldron’s allegations. “I can confirm that Andy Parrish has been contacted by the FBI for a scheduled interview next week,” Parrish’s lawyer told MinnPost. “He will cooperate fully.” In April, Parrish sent an affidavit to the Iowa Senate stating that Bachmann had agreed to allow Sorenson to work as a consultant paid by C&M Strategies rather than by the campaign. “Congresswoman Bachmann knew of and approved this arrangement. She, like the rest of us, understood from Senator Sorenson that it did not run afoul of any Iowa Senate ethics rules. We relied on his representations in this regard,” the affidavit read. Sorenson submitted an affidavit stating he was never paid by any “Bachmann entities.”

Eric Woolsen, the former manager of Bachmann’s Iowa campaign, filed an affidavit in February claiming that Sorenson admitted he had “stood watch” while Heki’s email list was stolen. In May, Chris Dorr, Sorenson’s legislative clerk, filed an affidavit in which he admitted to downloading an email list from Heki’s computer that may have been the list of home-school advocates.

Keith Nahigian, who took over as Bachmann’s campaign manager after the Ames Straw Poll, was also named in Heki’s lawsuit.

Where does the investigation go from here? That remains to be seen. Although the FBI is reportedly interested in Waldron’s campaign finance allegations, the specific reasons for its involvement are not yet apparent. Reached by the Star Tribune, an FBI spokeswoman declined to confirm whether the agency was investigating Bachmann’s campaign.

What does Bachmann have to say about the FBI’s involvement? Not much. William McGinley, Bachmann’s campaign attorney, released a statement to the media saying, “We have not been contacted by the FBI and have no reason to believe that they are conducting an investigation. As we have stated from the beginning, none of the allegations involve Representative Bachmann.”

What are outside observers saying? Larry Jacobs, a political professor at the University of Minnesota, told Salon, “There are a lot of things a conviction politician like Michele Bachmann can withstand, and being attacked by Democrats is definitely one of them. But the kind of krypton[ite] that will disable her is having her convictions challenged.” But Cleta Mitchell, a conservative campaign lawyer in Washington, DC, told the Star Tribune that she isn’t convinced the allegations will go anywhere. “My reading of the complaint tells me it is not a serious matter,” she said. “But I also know that it is hard, if not impossible, to avoid breaking some of these laws every day in a campaign. We can only hope the OCE and the FBI aren’t interjecting themselves where they have no business going.”

So, how does this affect Bachmann politically? It’s hard to say a year and a half out from the election, but a poll conducted on May 15 shows Bachmann in a neck-and-neck race with Democratic challenger Jim Graves. In 2012, Graves came within 5,000 votes of beating Bachmann. The representative appears to be feeling the heat after several weeks of negative press attention related to the investigations: House members don’t usually run reelection ads until the year of the election, but Bachmann has already hit the airwaves with a spot touting her efforts to repeal Obamacare.