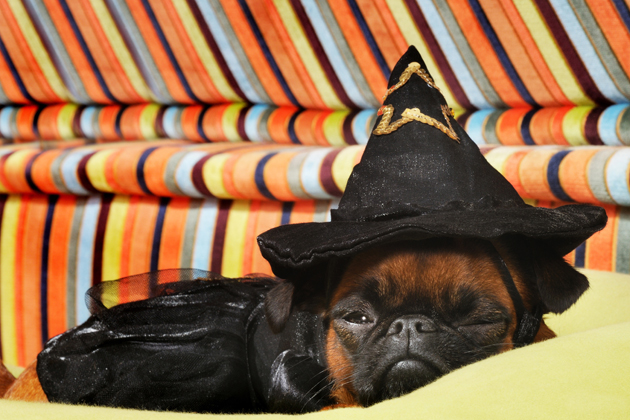 The United States of Paranoia, an examination of the impact of conspiracy theories on America history by Reason editor Jesse Walker, hit bookstores on Tuesday—you should read it. I reviewed it in brief for our print magazine—you should subscribe to it. In any case, there’s much more to Walker’s book than simply weird conspiracies, but it cannot be overstated: The book is chock full of ’em, and most of the theories struck a chord with a not insignificant portion of the population. Here are six of the most absurd, as relayed by Walker.

Theory: “On February 23, 1857, according to [writer John Smith] Dye, southern agents poisoned all the bowls containing lump sugar at the National Hotel in Washington, DC. Southerners, he explained, drink coffee; coffee drinkers use pulverized sugar; so the southern diners would be spared and the tea-drinking northern diners, including [James] Buchanan, would be wiped out. The future president barely survived the illness that followed. ‘Intimidated by the attempted assassination,’ Dye wrote, Buchanan ‘became even more ever the tool of the slave power.'”

Theory: “In 1952, the conservative weekly Human Events ran an article by Rose Waldeck headlined ‘Homosexual International.’ Gay people, Waldeck argued, belong ‘by the very nature of their vice’ to ‘a world-wide conspiracy against society.’ This hydra ‘has spread all over the globe; penetrated all classes; operated in armies and in prisons; has infiltrated into the press, the movies, and the cabinets; and it all but dominates the arts, literature, theater, music, and TV.'”

Theory: “After commenting that Zachary Taylor ‘fell under the malarious vapors of Washington and died’ because he was prone to acting honestly and straightforward,’ the Tribune writer claimed that Washington in subsequent years ‘was free of malaria—that is, for Democrats; but when the new Republican Party began to gain strength, and it was possible that they might become the ruling power in Congress, the water of Washington suddenly grew dangerous, the hotels (particularly the National) became pest-houses, and dozens of heretics from the Democratic faith grew sick almost unto death.'”

Spoiler: Malaria is caused by mosquitoes.

Theory: “In January 1692, a pastor’s daughter, age nine, and her cousin, age eleven or twelve, suddenly began to suffer wild and inexplicable fits. They were ‘bitten and pinched by invisible agents,’ wrote Reverend John Hale, who witnessed the girls’ spasms; ‘their arms, necks, and backs turned this way and that way, and returned back again, so as it was impossible for them to do of themselves, and beyond the power of Epileptick Fits, or natural Disease to effect…As weeks went by and the children’s condition grew worse, the locals suspected witchcraft.”

Spoiler: The confessions that triggered the trial and execution of 14 women, six men, and two dogs came from a slave who had been beaten.

Theory: “In her 1987 book Raising PG Kids in an X-Rated Society, [Tipper Gore] pitched herself as a moderate liberal who was adept with sociological evidence and concerned about feminist issues. Yet she included an entire chapter on the dangers of the occult, and one of the alleged occult dangers she discussed was D&D. ‘According to Mrs. Pat Pulling, founder of the organization Bothered About Dungeons and Dragons,’ Gore wrote, ‘the game has been linked to nearly 50 teenage suicides and homicides.”

Spoiler: The Centers for Disease Control and Prevention examined the same data and found no link between D&D and suicide. In fact, gamers were statistically less likely to commit suicide than other teen populations.

Theory: A “rumor started to circulate that ‘the great men of Maryland hath hired the Seneca Indians to kill the protestants.’ Ten thousand Seneca Indians were said to be gathering at the head of the Patuxent River; when that army turned out to be a fiction, a new report claimed that 9,000 were gathered at the mouth of the river and another 900 had already invaded a settlement.”

Spoiler: There was no Catholic–Indian alliance, but the conspiracy theory did lead to an armed takeover of the statehouse and a subsequent colony-wide ban on Catholicism.