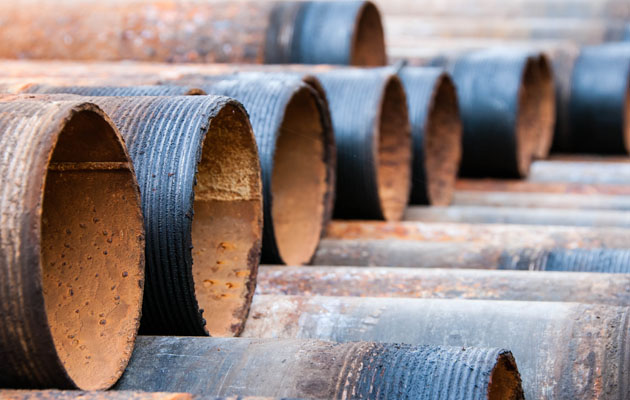 Last week, the controversial Keystone XL pipeline, which would transport oil from the Alberta tar sands to the Gulf of Mexico, hit another snag: The State Department’s Office of the Inspector General said that it is investigating a possible conflict-of-interest issue in the project’s environmental impact study. The inspector general is probing whether the company that produced the environmental impact study, Environmental Resource Management (ERM), failed to disclose its past working relationship with TransCanada, the company building the pipeline.* But while Keystone XL languishes, a rival pipeline plan is speeding through the approval process.

One of TransCanada’s rivals, Enbridge Inc., has quietly been moving ahead with a slightly smaller pipeline project that could be piping 660,000 barrels of crude per day to the gulf by 2015. (The Keystone line would carry 830,000 barrels per day.) For environmentalists hoping that blocking the Keystone pipeline would choke the carbon-intensive development of the Canadian tar sands, the Enbridge Eastern Gulf pipeline would be a disaster.

The 774-mile pipeline would run from Patoka, Illinois, to St. James, Louisiana, alleviating a pipeline bottleneck in the Midwest, where the shale oil from North Dakota’s Bakken formation meets the flow from Alberta’s oil sands, overwhelming the capacity of the current pipelines. And although 200 miles of pipe destined for Keystone XL sits collecting dust in North Dakota with no shipping date in sight, the bulk of the Eastern Gulf project is already built—almost three quarters of it will be repurposed natural gas line. Without the public outcry that has bogged down Keystone, the project has flown along smoothly under the radar.

There’s reason to be concerned: Enbridge was behind the largest overland pipeline spill in US history. In 2010 an Enbridge pipeline loosed more than 1.1 million gallons of crude oil into the Kalamazoo River and its surrounding wetlands. The spill is still being cleaned up, with the bill rising to over $1 billion, and the Environmental Protection Agency estimates that there may be as much as 100,000 gallons of oil still lingering on the bottom of the river.

The Eastern Gulf line is only one piece of a larger plan. As Inside Climate News reported earlier this summer, Enbridge is building a 5,000-mile network of pipelines that would far overshadow the potential impact of the Keystone line. And TransCanada has new plans in the works in case President Obama blocks the Keystone project. Earlier this month, the company announced its plan for a new venture that would link eastern and western Canada, providing an outlet for Alberta’s booming oil sands producers. And the Canadian ambassador to the United States has vowed to ship crude to US refineries on trains if the pipelines aren’t approved.

The recent news about the latest hitches for the Keystone XL pipeline may have cheered its opponents. But they’re going to have to start thinking a lot bigger if they want to block further tar sands oil development entirely.