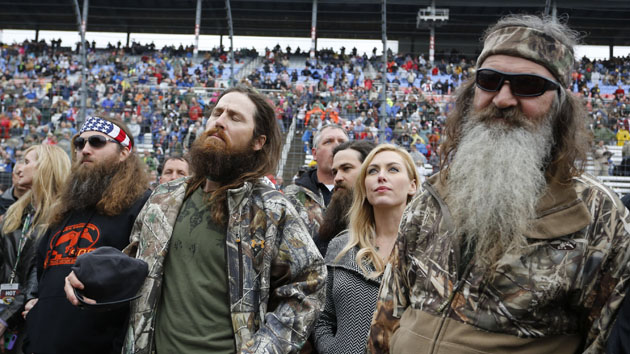 Pundits may be declaring the culture wars over, but conservative Christians are donning their battle gear and rushing back to the front lines. In recent months, a coalition of conservative evangelical organizations has been pursuing an aggressive voter mobilization campaign that involves a combination of high-tech tools, briefings for pastors, and rallies simulcast to mega-churches around the country.

The goal of these gatherings is to drum up outrage over recent political skirmishes, including the Hobby Lobby lawsuit, and to persuade believers that their religious freedoms are under attack by ungodly forces. During one recent event, which was shown in churches across the nation, speakers likened the situation of US churchgoers to Christians beheaded by ISIS in Syria. “We see the struggle between good and evil, light and darkness, truth and lies,” said David Benham, whose planned HGTV reality show was canceled after his fiercely anti-gay remarks came to light. “What’s happening with swords over in the Middle East is happening with silence over here in America.”

The campaign dates back to March, when United in Purpose, a nonprofit funded by wealthy evangelical Silicon Valley entrepreneurs, convened a Voter Mobilization Strategy Summit near Dallas. At the event, churches and conservative Christian political organizations forged a strategy to mobilize voters for the 2014 midterms. United in Purpose, a behind-the-scenes technology and communications group with deep dominionist ties, also shared a variety of tools including videos and voter mobilization apps. (One app allows pastors to compare their membership rosters with voter rolls, so they can better guide their flock to the polls.) The Family Research Council and Texas-based Vision America, which played a key role in the summit, then began hosting policy briefings for pastors and staging lavishly produced voter mobilization events that were broadcast live to churches and groups across the country.

In September, the two organizations hosted an event called Star Spangled Sunday, ostensibly to celebrate the 200th anniversary of our national anthem. A parade of prominent conservatives, including former Arkansas Gov. Mike Huckabee and Texas Sen. Ted Cruz, took the stage to warn that Americans’ religious freedoms were under siege. The faithful were also shown a video presentation from Hobby Lobby president Steve Green, who spoke about his successful legal battle against Obamacare’s birth control coverage mandate. “Just a few years ago, I would never have imagined that we would have filed suit against our own government,” he said. “There are struggles that people of faith are facing today that have never been faced before. So there’s a great need for men and women of faith to stand up and let their vote be heard.”

Cruz, the tea party lawmaker, sounded a similar note during his speech. He warned that “religious liberty is threatened” at home and abroad and reminded viewers that the Supreme Court case was decided in Hobby Lobby’s favor by a narrow 5-4 vote. “One vote difference and the answer from our government becomes: The federal government can try to force you to violate your religious faith.”

“In the Middle East they use the sword, and here they use silence. But in both ways, the voices of Christians are lost.”

Two weeks after Star Spangled Sunday, the Family Research Council and Vision America Action joined a coalition of organizations, including Concerned Women for America and Ralph Reed’s Faith and Freedom Coalition, to sponsor the Value Voters Summit. Religious liberty was also front and center at this annual Washington confab. In mid-October, the same coalition joined United in Purpose to host another simulcast, called iPledge Sunday. The event, which was shown in churches across the country, featured more breathless warnings about the supposed crackdown on religious freedoms. Retiring Rep. Frank Wolf (R-Va.) argued in a pretaped interview that religious persecution around the world is at the “highest level it’s ever been” and lamented that Christians aren’t doing more to fight it. “Frankly,” he added, “some people in the church may have to go to jail, and that would wake up America.”

The polished production also featured a taped interview with twin brothers David and Jason Benham, who lost their planned HGTV show after People for the American Way, which advocates church-state separation, dug up audio of David railing against “homosexuality and its agenda that is attacking the nation” and claiming that public schools were teaching “demonic ideologies.”

It was during the iPledge Sunday simulcast that David Benham argued that the show’s cancellation was part of a global “struggle between good and evil” and likened his own situation to Christians beheaded by ISIS. iPledge Sunday’s cohost, Family Research Council President Tony Perkins, echoed David’s message: “In the Middle East they use the sword, and here they use silence. But in both ways, the voices of Christians are lost.” He then urged viewers to visit 123Vote.org, where they can pledge to “vote biblical values” and can use the technical tools developed by United in Purpose to find unregistered Christians and get them to sign up.

Perkins and his allies intend to keep hammering on the Christian-persecution theme as Election Day nears. The final simulcast, scheduled for Sunday, will feature speeches from the Benham brothers and Phil Robertson of A&E’s Duck Dynasty—people the right holds up as victims of a conspiracy to silence Christians. The event will be broadcast from Houston’s Grace Community Church, one of five congregations that recently received subpoenas from the city demanding it hand over sermons and other documents. City officials have since dropped that request, made as part of a legal battle over an anti-discrimination law that many churches oppose. But the incident has become a rallying cry for religious conservatives who believe their freedoms are under siege, which makes it a potent tool for mobilizing Christian voters. As Perkins put it during a recent conference call, “We’re going to be praying that God will be using this to spark the national revival that we so desperately need.”