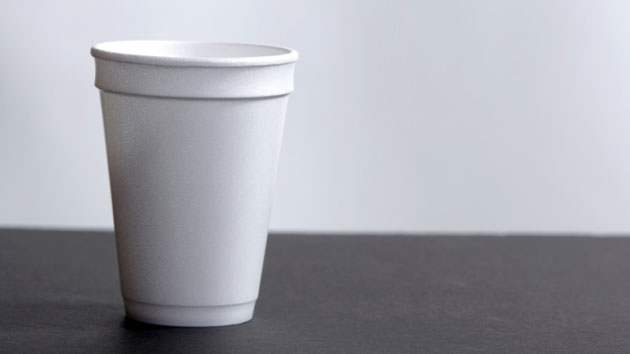 Most people know that some plastics additives, such as bisphenol A (BPA), may be harmful to their health. But an upcoming study in the journal Environmental Health finds that entire classes of plastics—including the type commonly referred to as styrofoam and a type used in many baby products—may wreak havoc on your hormones regardless of what additives are in them.

The study’s authors tested 14 different BPA-free plastic resins, the raw materials used to make plastic products, and found that four of them released chemicals that mimic the female hormone estrogen. That’s not surprising. As Mother Jones reported earlier this year, many BPA-free plastic goods—from baby bottles and sippy cups to food-storage containers—leach potentially harmful estrogenlike chemicals. But until now, it wasn’t clear what role the resins played. The new study suggests that sometimes the resins themselves are part of the problem, though additives such as dyes and antioxidants can make it worse.

In the case of polystyrene, the resin used in styrofoam and similar products, the authors tested 11 samples and consistently found estrogen seepage after exposure to intense steam or ultraviolet rays.

Styrofoam is a registered trademark of Dow. The company stresses that its product is used for crafts and building insulation rather than food and beverage containers. (“There isn’t a coffee cup, cooler, or packaging material in the world made from actual Styrofoam,” according to Dow’s website.) But generic polystyrene foam, which most people call styrofoam anyway, is ubiquitous in the food services industry, where its found in everything from meat trays to takeout containers. Polystyrene resin—which the Environmental Protection Agency has labeled a suspected carcinogen—is also used to make hard plastic items, including utensils and toothbrushes.

The study also looked at three different types of Tritan—a novel plastic marketed as a safe, estrogen-free alternative to BPA-laden polycarbonate—and found that all of them leached estrogen-like chemicals.

That’s bad news for consumers, given that hundreds of household products are made from Tritan. Below are some examples, with the caveat that not all of these finished products have been specifically tested for estrogenic effects:

The new paper was authored by University of California-Davis toxicologist Michael Denison, who coinvented a common cell-based test for estrogen-mimicking compounds, and by scientists from CertiChem, a commercial lab in Austin, Texas. As part of the study, researchers  soaked plastics resins in a variety of common solvents and tested the chemicals that seeped out using a line of breast cancer cells (MCF-7) that proliferate in the presence of estrogen and a line of ovarian cancer cells (BG-1) that light up when exposed to the female hormone.

The 200-plus samples of Tritan resins that were tested consistently leached estrogenlike chemicals after being exposed to a type of ultraviolet ray found in sunlight (UVA) and another kind that some parents use to sterilize baby bottles (UVC). In some cases, samples that hadn’t even been exposed to UV light also seeped estrogenic compounds.

While the authors didn’t identify the specific hormone-mimicking chemical (or chemicals) that leached from the resin, they tested one Tritan component—triphenyl phosphate (TPP)—and found it was estrogenic. These findings are consistent with data collected by Tritan’s manufacturer, Tennessee-based Eastman Chemical. In 2008, the company commissioned a study that used computer modeling to predict whether various Tritan ingredients could imitate estrogens, based on their chemical structures. It found that TPP was likely to be more estrogenic than BPA. As we previously reported:

Eastman, which never disclosed these findings to its customers, later commissioned another study, this one involving breast cancer cells. Again, the initial results appeared positive for estrogenic activity. In an email to colleagues, Eastman’s senior toxicologist, James Deyo, called this an “oh shit moment.”

The company now says that additional testing has determined that Tritan is not estrogenic, and insists that there is little risk of TPP leaching from Tritan containers because it breaks down during the manufacturing process. “We have no reason to expect TPP to be present in the product as supplied by Eastman,” says Maranda Demuth, an Eastman spokeswoman.

But confidential documents the company filed with the US Food and Drug Administration list TPP as one of the “substances that may be present in food after contact with Tritan.”

While the specific health effects of TPP are unknown, a 2012 literature review by a dozen prominent scientists found “substantial evidence” that estrogen-mimicking chemicals are harmful even at minute doses. BPA, the most studied of the lot, has been linked to myriad problems, including asthma, cancer, infertility, low sperm count, heart disease, and attention-deficit/hyperactivity disorder (ADHD). In some cases, the effects appear to be handed down to the offspring of the person exposed.

Questions about Tritan’s safety first arose in 2011, when CertiChem scientists and V. Craig Jordan, a well-known pharmacologist and Georgetown University professor, published a study in the National Institutes of Health journal Environmental Health Perspectives. The group tested a wide variety of plastic products—including many made from Tritan—and found that most leached estrogenic compounds when exposed to conditions such as UV rays or heat from a microwave. These findings touched off a fierce battle pitting the $375 billion plastics industry against CertiChem and its founder, George Bittner, who is also a neurobiology professor at the University of Texas-Austin. From our earlier report:

The month after Bittner’s study appeared, the American Chemistry Council contacted Chris Borgert, the former tobacco industry scientist who stymied the EPA’s Endocrine Disruptor Screening Program. According to internal emails, the council and the Society of the Plastics Industry offered to pay him $15,000 to write a brief letter to the journal’s editor refuting CertiChem’s study…

At the same time, Eastman laid plans to sue CertiChem and PlastiPure for false advertising. Expecting that Bittner would lash out after being served papers, the company launched a preemptive PR blitz. “By proactively promoting Tritan safety,” an internal memo noted, “it will put PlastiPure in a position to have to prove Eastman wrong.” The company also paid a scientist named Thomas Osimitz $10,000 to author a research paper on Tritan. While Osimitz was ostensibly working independently, Deyo, the Eastman toxicologist, micromanaged the process, from designing the study to writing the introduction. Deyo’s study design virtually guaranteed estrogenic activity wouldn’t be found.

Specifically, Deyo chose a breed of rat that doesn’t readily respond to synthetic estrogen. He also instructed the researchers to test only select Tritan ingredients, as opposed to Tritan itself. TPP, the chemical that had raised red flags, was not tested.

After publishing its findings in the summer of 2012, Eastman sued CertiChem and its sister company PlastiPure for false advertising, alleging that they were spreading false information to generate demand for their own services. Despite evidence that the manufacturer’s own studies found that Tritan may be estrogenic, Eastman won. A federal judge barred the labs from discussing their Tritan findings, except in scientific settings.

CertiChem has made good use of that exception. Earlier this year, it released a second study focusing on hard, clear, reusable plastic products—most of which leached estrogenic compounds after exposure to UV rays. And some Tritan products did so even before they were exposed to these stressors. The chart below shows the company’s results for a sampling of products.

Read about the methodology behind this chart.

The most recent study shows that the Tritan resin itself leaches estrogenlike chemicals, at least in a laboratory setting.

It’s not all bad news, though. The paper also names a number of resins the authors found to be free of estrogenic compounds. These include PETG (polyethylene terephthalate, glycol-modified), which is sometimes used in food and beverage packaging, and two relatively new resins, COC (cyclic olefin copolymer) and COP (cyclo olefin polymer), which are often used by the medical industry.

But Bittner, the study’s lead author, warns that even products made of those plastics aren’t guaranteed to be safe, since many plastic additives are also estrogenic. “Manufacturers don’t tell the public what additives they’re using,” he says. “And in most cases they’re not testing them for estrogenic activity because they don’t have to. This is a case in which the consumers are going to have to demand safer products. If they take a stand, they can produce a very quick change in the market. “