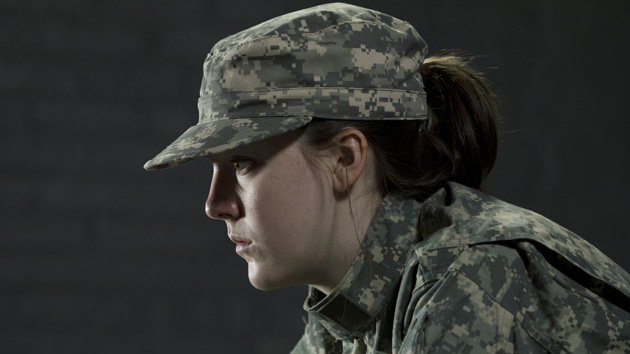 Four women who say they were victims of sexual abuse while on active military duty filed a federal lawsuit against the Pentagon alleging that the military created and condoned a sexually hostile environment. Speaking at a press conference in Washington on Tuesday, one of the plaintiffs, her lawyer, and several sexual assault prevention advocates described obscene and violent songs, violent sexual assaults, verbal and physical attacks, and retaliation when trying to report crimes and harassment.

Jennifer Smith, one of the plaintiffs and a former Air Force technical sergeant, described being sexually assaulted while deployed in Iraq and subjected to crude songs and pornographic materials stored on government computers while she was stationed in South Carolina. She says she reported both the harassment and the assault but “waited for months and never heard back from anyone.”

“All of the officers [in my case] received nothing more than a piece of paper reprimanding them. All were in command, or supervisory roles. All will still lead. They will oversee rape and sexual assault claims and make decisions on whether the case will be prosecuted,” she added.

The plaintiffs charge that the military has failed to “prevent and punish widespread sexual harassment” while permitting “widespread retaliation” against victims, and has deprived victims of their constitutional right to a fair trial. They also argue that it’s inappropriate for most military commanders to oversee sexual assault investigations since they often have no legal experience and must supervise both the victim and the perpetrator.

Despite efforts by the military to address sexual assault, the command structure has been cited as a major roadblock for survivors and has been a target of congressional reform efforts. Commanders sometimes brush off reports of assaults or don’t take them seriously. And victims are often afraid to report sexual assault, fearing that their boss will retaliate against them in hopes of quashing a brewing scandal in their ranks.

Over the course of her five tours abroad, Smith recounted being verbally harassed about a confidential medical condition, retaliated against when she complained, and forced by airmen to look at pornographic imagery. When a superior officer exposed himself to her while she was serving in Germany and attempted to assault her, Smith’s superiors told her, the complaint reads, to “try to avoid being alone with the Master Sergeant, who outranked her,” adding that she later learned he was a repeat offender who had never been reprimanded. In Iraq, she says she was thrown against a wall and sexually assaulted outside a base gym, and took to propping a mop against her door (which had no functioning lock) in case someone tried to break in.

After returning from Iraq, Smith says she found copies of an unofficial songbook in her squadron’s liquor cabinet while stationed in South Carolina in 2012. One song described airmen attacking and raping women with ice picks, chainsaws, cheese graters, and other objects to the tune of “The Candy Man;” according to Smith, there were nearly 100 other such songs in a section titled “Chapter 69: The Songs You Could Never Sing to Mother.”

The lawsuit details the stories of the other plaintiffs, including Air Force veteran Alyssa Rodriguez, who says she was raped by a man who her commanding officer refused to prosecute. Celina Baldwin, a West Point graduate and commissioned Army officer who is currently on active duty in Kuwait, also says she was raped and sexually assaulted. Plaintiff Carmelita Swain, a former Army sergeant who was stationed in Afghanistan, recalled being raped by a man whose military career remains untainted. She left the Army after a 15 year career, and now reports suffering from post traumatic stress disorder.

According to the most recent Pentagon data, 62 percent of military service members who reported sexual assaults or harassment experienced some type of social or professional retaliation, from a reduction in rank or a decrease in pay to repeated verbal harassment. Fewer than 400 service members were convicted for sexual assault last year, though the Pentagon estimates that nearly 26,000 rapes occur every year.

The plaintiffs are not seeking damages, according to their attorney Susan Burke, but instead hope their suit will change how sexual assaults are reported and investigated in the military. They ask that decisions about whether to prosecute or dismiss allegations be made by properly trained  officers who have never been in command of either the victim or the accused.

“We all know as we sit here that the best justice is a blind justice,” said Burke. “Yet the military by policy, not by law, assigns [the role] of convening authority to persons in the chain of command of the perpetrator.”