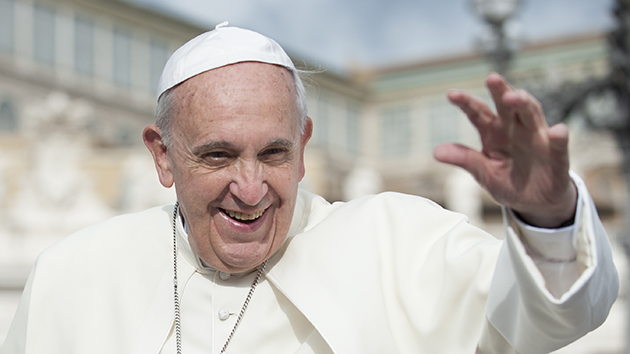 Since ascending to the Catholic Church’s top perch in March 2013, Pope Francis hasn’t shied away from taking political stances that rankle conservatives. He has said evolution and creationism aren’t mutually exclusive. Asked about gay priests, he responded, “Who am I to judge?” And he has embraced a populist approach to tackling income inequality.

Now the pope risks drawing conservative ire on climate change. In a document set to be released on Thursday—which leaked to an Italian publication and was published as an act of “sabotage against the pope,” according to a Vatican official—Francis will apparently call for a strong, multi-country push to curb global warming and the “human causes that produce and accentuate it,” according to the Guardian. The message will reportedly call out climate deniers, saying “the attitudes that stand in the way of a solution, even among believers, range from negation of the problem, to indifference, to convenient resignation or blind faith in technical solutions.”

There’s a growing contingent of congressional Republicans who are Catholic, and a number of the party’s leading presidential candidates (or potential candidates) are Catholic. If those candidates’ past statements on climate change are any indication, they could soon find themselves at odds with the pope over the looming encyclical. Here’s what they’ve said:

Rick Santorum: “The church has gotten it wrong a few times on science, and I think we probably are better off leaving science to the scientists and focusing on what we’re good at, which is theology and morality.”

Jeb Bush: Bush responded directly to the pope on Tuesday, stating at a New Hampshire town hall meeting, “I hope I’m not going to get castigated for saying this by my priest back home, but I don’t get economic policy from my bishops or my cardinal or my pope. I think religion ought to be about making us better as people and less about things that end up getting in the political realm.”

Chris Christie: The New Jersey governor’s views might be the most in line with the pope’s: “I think global warming is real. I don’t think that’s deniable. And I do think human activity contributes to it.”

Bobby Jindal: While acknowledging that human activity has had an impact on the climate, Jindal has decried Obama’s environmental regulations as “reckless and based on a radical leftist ideology that will kill American jobs and increase energy prices,” according to the Associated Press.

Marco Rubio: “I do not believe that human activity is causing these dramatic changes to our climate the way these scientists are portraying it. That’s what I do not. And I do not believe that the laws that they propose we pass will do anything about it, except it will destroy our economy.”

This article has been updated to include Bush’s Tuesday remark.