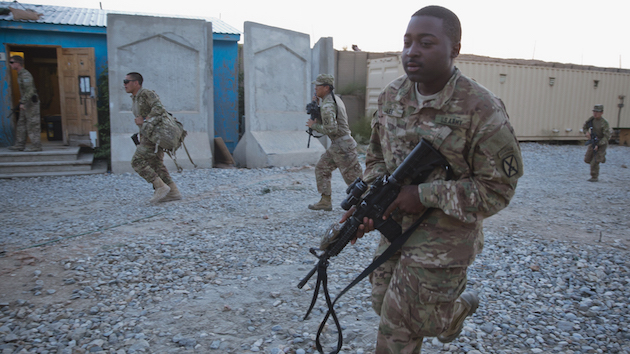 Next year was supposed to be the year American soldiers finally came home for good from the war in Afghanistan, the longest conflict in the history of the United States. Now the end of that war is being delayed yet again.

President Barack Obama announced on Thursday that the United States would keep its current force of 9,800 soldiers in Afghanistan through most of next year. Under a plan announced in March, troop numbers were supposed to drop to 5,500 by the end of 2015, but that reduction now won’t take place until early 2017.

American soldiers stopped taking part in major combat in 2014 but have remained in the country for what Obama called “two narrow but critical missions: training Afghan forces and supporting a counterterrorism mission against the remnants of al-Qaeda.” While Obama praised the progress of Afghan soldiers so far this year, he acknowledged that “Afghan forces are still not as strong as they need to be.”

The United States has poured billions of dollars and more than a decade into training those Afghan soldiers and police officers, who were supposed to replace Americans in the fight against the Taliban. But those forces have repeatedly fallen short. Just last month, Taliban fighters took over the city of Kunduz in northern Afghanistan and held it for two weeks. It was the first time since the US-led invasion that a provincial capital was lost, and the insurgents reportedly faced only token resistance from Afghan security forces. Major attacks have also continued to hit the capital of Kabul, including the suicide bombing of a British military convoy on Sunday.

Obama acknowledged the loss of Kunduz during his speech, and the fact that Afghans required American support to reclaim the city. The country’s armed forces still lack vital functions like intelligence, logistics, and air cover that would allow them to operate independently of the United States. “In key areas of the country, the security situation is very fragile, and in some places there’s risk of deterioration,” Obama said.

Obama cast Thursday’s announcement as a routine adjustment of war plans rather than a major change. “This decision’s not disappointing,” he said in response to a reporter’s question. “This is consistent with the overall vision that we’ve had. And frankly, we anticipated as we were drawing troops that there were times that we would have to slow things down or fill in gaps.”

He also nodded to the frustrations of the American public over the length of the war. “I know many of you have grown weary of this conflict,” he said, but insisted that the drawdown delay offered “the best possibility for lasting progress in Afghanistan.”