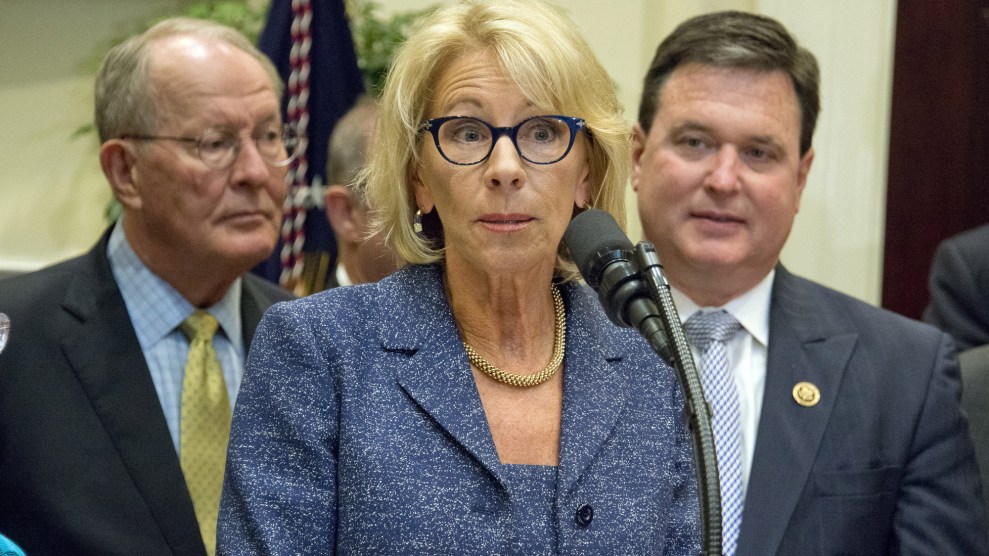 The study, conducted by the US Department of Education’s Institute of Education Sciences, found that students who left public schools as part of the DC Opportunity Scholarship Program performed significantly lower on math scores than those who did not. (They also scored lower in reading, but researchers noted that those results were not statistically significant.) In 2010, when the DOE’s research division previously evaluated the voucher program, it found that it had no significant impact on reading and math scores but a significant increase in high school graduation. Notably, Thursday’s study found that parents in the voucher program were more likely to feel like their child’s school was safe. 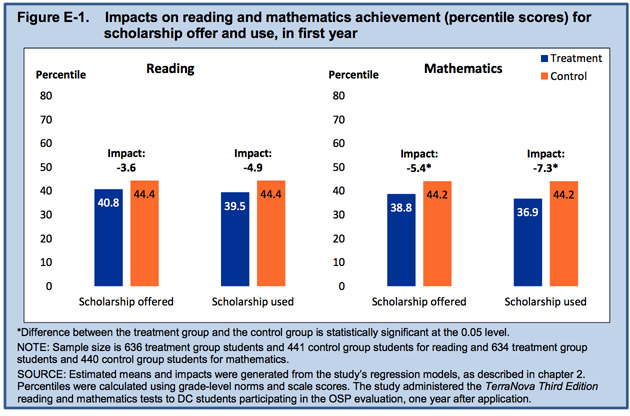 The analysis comes as President Donald Trump and Education Secretary Betsy DeVos continue to promote the expansion of school choice at the national level. The administration has proposed a $1.4 billion investment toward school choice programs for the coming fiscal year, including $168 million in spending for charter schools and $250 million in school vouchers for families.

While decades of research has shown voucher programs have had little to no effect on student achievement, studies of newer programs in the last two years have mostly revealed worse academic outcomes for participating students:

The Opportunity Scholarship Program, created by Congress in 2004, provides tuition vouchers for 1,100 low-income students who transfer from public schools to private ones in the nation’s capital. Earlier this year, House Republicans filed legislation to renew the DC voucher program, even as a majority of city council members submitted a letter in March expressing “serious concerns” about the use of public funds to send kids to private school. Mayor Muriel Bowser split from the council, saying at the time she supported the program’s extension. Last year, Sen. Ted Cruz filed a bill that would expand the voucher program to cover the entire school district.

In response to the study, DeVos said in a statement that people should look beyond its one-year assessment, arguing that voucher programs didn’t hurt public schools. “When school choice policies are fully implemented,” she said, “there should be no differences in achievement among the various types of schools.” But Rep. Bobby Scott (D-Va.), who serves as ranking member of the House Committee on Education and the Workforce, slammed the DC voucher program in a statement to the Associated Press. “We know that these failed programs drain public schools of limited resources,” he said, “only to deliver broken promises of academic success to parents and students.”