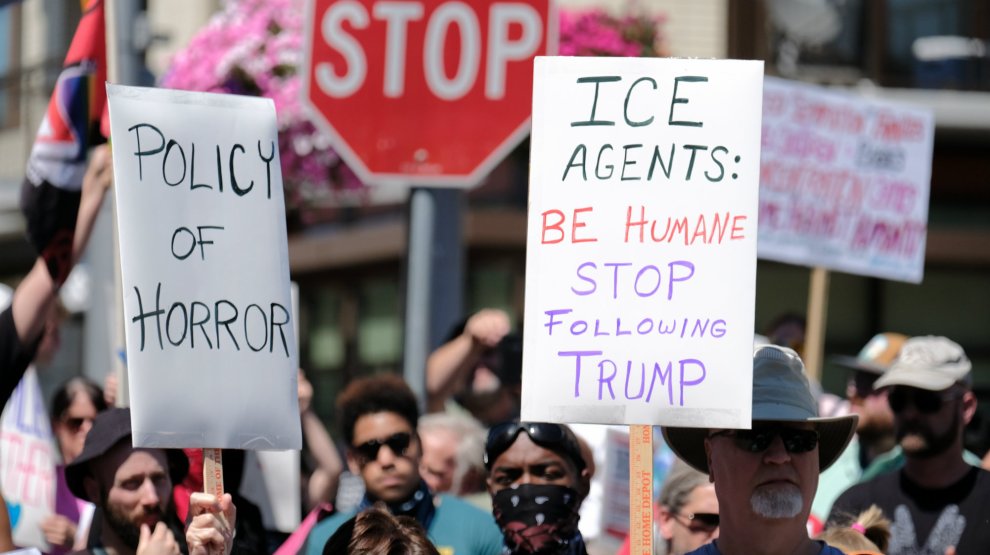 Over 3,500 scholars signed an open letter to the Department of Homeland Security this week that slammed the government’s policy of separating child migrants from their families as “government-sanctioned child abuse.”

“As experts in the field, we know well that the consistent and predictable attachment and attention from primary caregivers fosters children’s growth and development and overall well-being through adulthood,” the letter reads. “The interruption of such relationships results in adverse childhood experiences (ACEs) that pose a negative input to children’s development and long-term success.”

The open letter is the latest salvo against the Trump administration’s immigration policies, which have already sparked outrage from Democrats, more than a few Republicans, civil rights groups, and the top human rights official at the United Nations.

At least 2,000 children have been separated from their parents or guardians at the US border in an extraordinary escalation of Attorney General Jeff Sessions’ promise to institute a “zero-tolerance” policy on illegal immigration in May. Because children are not permitted in criminal jails, the policy ensured that thousands of child migrants would be separated from their families. Officials have cited a 1997 consent decree that restricts how long children can be detained, plus a 2016 court ruling that families not be detained together for longer than 20 days, as legal reasons Border Patrol agents must separate families. Neither ruling forces the Trump administration’s hand in any firm legal sense. The Department of Justice and President Donald Trump himself are free to dispense with this policy by selectively determining which cases they want to prosecute.

Ten professors from universities in California and Washington collaborated on the letter, which was addressed to the attorney general, the head of the Office of Homeland Security, and House and Senate leadership. The letter was initially released on June 16 and immediately publicized on social media. As faculty members began sharing an online version of the petition with their professional organizations, the number of signatures multiplied.

Dolores Calderon, an associate professor at Western Washington University, said she signed the letter not only because she is “morally opposed” to Trump’s policies, but because available research suggests lasting harm to children who are separated from their parents at the border.

“As someone who has worked and studied education, it is imperative for me to sign on to this statement,” she told Mother Jones.

As of Wednesday morning, the letter had over 3,500 signatures, according to figures shared with Mother Jones by three of the organizers, who asked to not be named so the letter would not be connected with their institutions.

The letter, which organizers said will be sent to Sessions, DHS Secretary Kirstjen Nielsen, and congressional leaders, is the first of its kind since hundreds of academics signed on to a statement after the 2016 presidential election urging Americans to be “vigilant” in the face of the “mass violation of civil rights and liberties” that could occur during Trump’s term.

Veronica Velez, an associate professor in the College of Education at Western Washington University, has worked with undocumented mothers through her research and hopes the support of so many academics through the letter can spark a change at the federal level.

“I hope this starts a movement,” she said.

Here’s a copy of the letter: