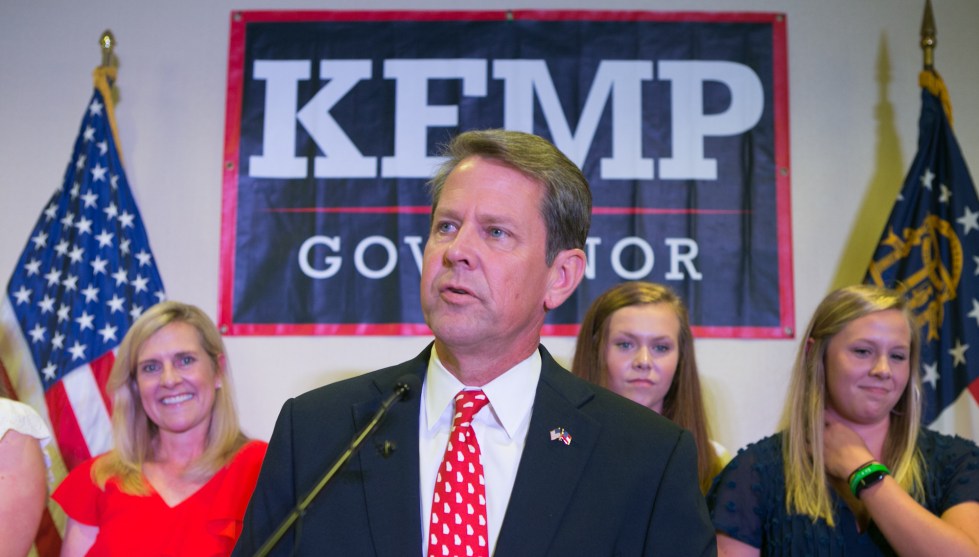 National civil rights groups sued Georgia’s top elections official and Republican candidate for governor, Brian Kemp, on Thursday after the Associated Press reported that 53,000 people who submitted voter registration applications have been blocked from the voter rolls. Seventy percent of these applicants, who are now on a “pending” list, are black, even though Georgia is only 32 percent African American.

Georgia’s voter registration process “works in concert with historical, socioeconomic, and other electoral conditions in Georgia to deny African-American, Latino, and Asian-American voters an equal opportunity to register to vote and participate in the political process, in violation of Section 2 of the Voting Rights Act,” the groups, which include advocates for African American, Latino, and Asian American communities, allege in the complaint. They claim that the process, which disproportionately blocks minorities from registering to vote, violates their constitutional rights, including equal protection under the law.

The situation highlights the conflicts of interest that arise when a partisan election official oversees the administration of his own election, where incentives are in place to restrict voters who support the other party. Kemp’s Democratic opponent, Stacey Abrams, called on him to resign Thursday over the revelation.

Kemp’s office has explained that the large number of people on its “pending” list is a result of an “exact match” policy, a process by which election officials run every new registration application against the state’s Department of Driver Services database or Social Security Administration records. If an applicant’s information does not precisely match the previously stored information, their registration is marked as pending. If the issue is cleared up in 26 months, the person is added to the rolls. If not, their registration is canceled.

“If there is one person in Georgia who knows that the ‘Exact Match’ scheme has a discriminatory impact on minority voters, it’s Brian Kemp, because we successfully sued him over a mirror policy in 2016,” Kristen Clarke, president and executive director of the Lawyers’ Committee for Civil Rights Under Law, one of the groups that sued Thursday, said in a statement.

Clarke is referring to a lawsuit her group filed in 2016 over a nearly identical process Kemp’s office utilized for almost seven years, which he defended as a means to combat voter fraud and maintain the integrity of Georgia elections. In 2017, Kemp’s office ultimately agreed to a settlement that effectively ended the process. The lawsuit attempted to demonstrate the policy’s disproportionate effect on minority voters. But shortly after the settlement, the Georgia legislature passed a law requiring a similar match process, and Kemp implemented it. The major difference between the old and new “exact match” rule was that the new one had a 26-month period for voters to resolve the issue, whereas the first one allowed just 40 days before the registration was canceled.

The 53,000 people currently on pending status can still cast a regular ballot in November, as long as they provide an accepted form of photo ID at the polls, as required by Georgia’s voter ID law. Voting rights groups fear, however, that across Georgia’s 159 counties, the policy will not be applied uniformly or correctly, and that some people will be asked to cast provisional ballots instead, or that voters will believe that they are not eligible to cast a ballot at all. Moreover, if these voters do not vote in 2018, their pending status could result in canceled registrations ahead of the 2020 election, a possibility highlighted in Thursday’s lawsuit. The policy “will undoubtedly result in the cancellation of pending applications that are facially complete and accurate before the 2020 Presidential election cycle,” the groups allege.