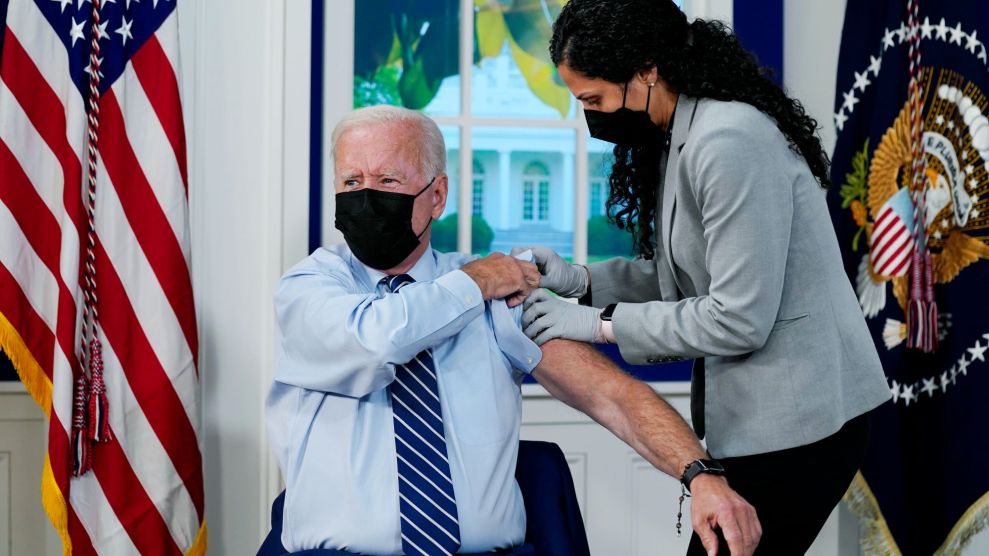 For most people, the issue of COVID-19 boosters essentially boils down to “Should I get one or not?” But due to muddled messaging from federal agencies, it’s been difficult to get a direct answer to that seemingly straightforward question.

The evidence is clear that even without boosters, the COVID-19 vaccines are still highly effective at preventing hospitalization and death—the mortality risk for an unvaccinated person is 10 times higher than for a vaccinated person. But some studies have shown that their protection against infection has started to wane, and some experts worry about a potential surge in cases as the weather cools and people begin to huddle indoors. Experts believe boosters will help address these concerns.

It’s likely that some of the confusion around boosters will clear up if and when they become widely available. The New York Times reported Tuesday night that the FDA is aiming to authorize Pfizer boosters for all adults this week without consulting its expert panel, which recommended against boosters for all individuals under 65 in a September vote.

But up until this point, people trying to determine their third-dose eligibility have had to sort through a blizzard of developments and contradictory rulings. (Buckle up. It’s about to get complicated.) On September 17, the Food and Drug Administration’s advisory panel voted against Pfizer’s request to authorize boosters for all people 18 and older, instead recommending them only for high-risk individuals, those above 65, and those who work in jobs or live in institutions where they’re likely to get exposed to the coronavirus. A week later, a different panel advising the Centers for Disease Control and Prevention partially disagreed with the FDA panel’s decision, saying that a high-risk job shouldn’t qualify people for a booster. And then in a decision issued around midnight, CDC director Rochelle Walensky overruled the CDC panel, bringing the CDC’s guidelines in step with the FDA’s. The CDC also recommends that all people two months past a single Johnson & Johnson dose receive a booster shot. And those who fall under the eligible categories are free to mix and match vaccines.

Meanwhile Colorado, California, New Mexico, and New York City barreled past current federal guidelines, allowing people 18 and up to get boosters, provided that they are six months past the second dose of an mRNA vaccine (that is, Pfizer or Moderna), or two months past a single dose of the Johnson & Johnson vaccine. Some of these jurisdictions justified the move by declaring large geographic regions—entire states or cities—to be high-risk “institutions,” thereby making all people who live within their borders eligible for a booster.

If you’re anything like me, your head is probably throbbing at this point. And that’s not a great place to be while contemplating a decision about your health.

Infectious disease epidemiologist Jessica Malaty Rivera said that the inconsistent messaging around boosters could further worsen distrust in public health officials. “When the messages don’t line up from this body to that body, from this official to that official, it creates distrust,” she said. “It makes people go rogue on their own risk assessments.”

Some experts have gone even further. Dr. Scott Gottlieb, the former commissioner of the Food and Drug Administration, called the messaging over booster shots “one of the biggest missed opportunities in this pandemic” in an interview on CBS’s Face the Nation. “Anyone who’s eligible for a booster, and most Americans probably are eligible for a booster at this point, should be going out and seeking it,” he said.

In practice, however, it might not be so complicated. Since most vaccine providers ask people to self-attest to their eligibility, third doses are widely available around the United States, even to those who may not technically meet the FDA and CDC requirements. FDA authorization for a Pfizer booster would bring federal recommendations in line with what, in many cases, is already happening on the ground.

The CDC’s interim clinical considerations regarding booster shots are also currently broad enough that most people could reasonably claim to meet them, said L.J. Tan, chief strategy officer for the Immunization Action Coalition, a vaccine information organization that works with the CDC. Tan pointed to one provision in the document that cites “an inability to work or meet other personal obligations when infected, even if not severely ill with COVID-19,” as a reason for considering a booster dose.