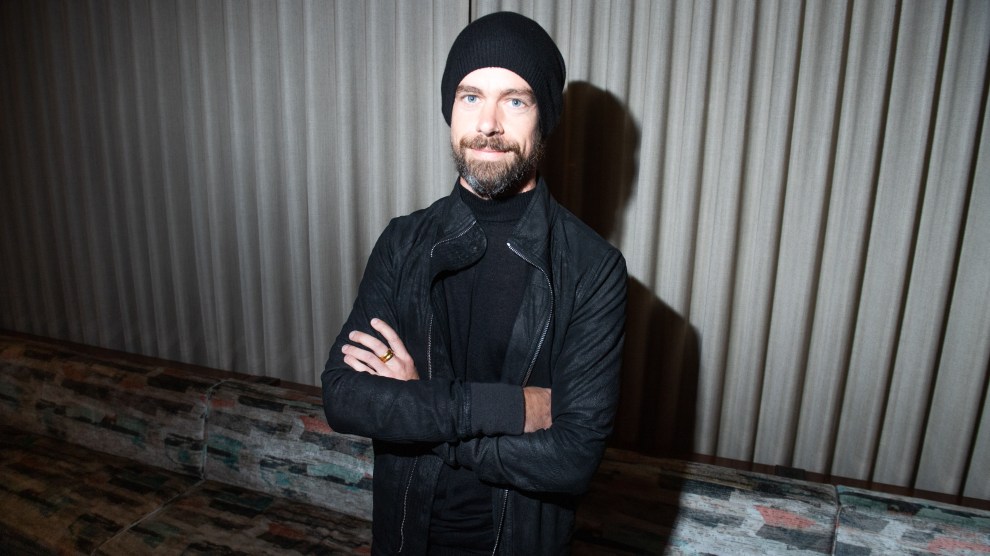 Jack Dorsey always looked like a person who was trying to affect something else. He was the CEO of two big Silicon Valley tech companies—Square and Twitter—and is, as of today, just the CEO of one after leaving the latter. But he tried to present himself as something else. A “cool CEO,” maybe.

Instead of button-down business casual, Dorsey wore drapey, oversized, Yeezy-brand-esque black T-shirts. Instead of zip-up vests, he wore jackets from avant-garde designer Rick Owens. He once watched an Owens show at Paris Fashion week from the front row. He struck up some sort of relationship with his collaborator Kanye West. He professed to be a fan of the contemporary minimalist artist Robert Irwin. He went to a meditation retreat in Myanmar.

Dorsey seemed to cultivate the idiosyncrasies and persona of someone who was just a bit more thoughtful than his stick-to-the-script business-speak competitors in Silicon Valley, as detailed by Ashley Feinberg in a 2019 interview she did with him for HuffPost:

A conversation with Twitter CEO Jack Dorsey can be incredibly disorienting. Not because he’s particularly clever or thought-provoking, but because he sounds like he should be. He takes long pauses before he speaks. He furrows his brow, setting you up for a considered response from the man many have called a genius. The words themselves sound like they should probably mean something, too. Dorsey is just hard enough to follow that it’s easy to assume that any confusion is your own fault, and that if you just listen a little more or think a little harder, whatever he’s saying will finally start to make sense.

Most of the time, this self-presentation didn’t make a noticeable difference at Twitter. The platform has perhaps sometimes been a bit ahead of its competitors when it comes to moderating the most toxic content. But its business practices never looked unconventional—like those of a fan of minimalist installation art and cutting-edge goth designers. Nor was it the product of someone more thoughtful than the average tech CEO. Twitter dealt with the same kinds of problems of manipulation, disinformation, and other types of abuses that Facebook and YouTube did. Whatever it may have achieved, it played out on much smaller scale, given its much smaller relative user base.

It probably won’t be that much different under new CEO Parag Agrawal. While working as the company’s chief technology officer, he had promising things to say about balancing what people can say on the platform in a way that keeps it from becoming a cesspool of toxicity.

But Agrawal, like Dorsey, who so desperately wanted to be different, exists in a system that points every social media company toward roughly the same ends: make as much money by capturing as much of our time as possible. No mainstream platform has figured out how to do that without avoiding all of the problems that come with such a business model. There’s no reason to expect a new Twitter CEO will be any different.