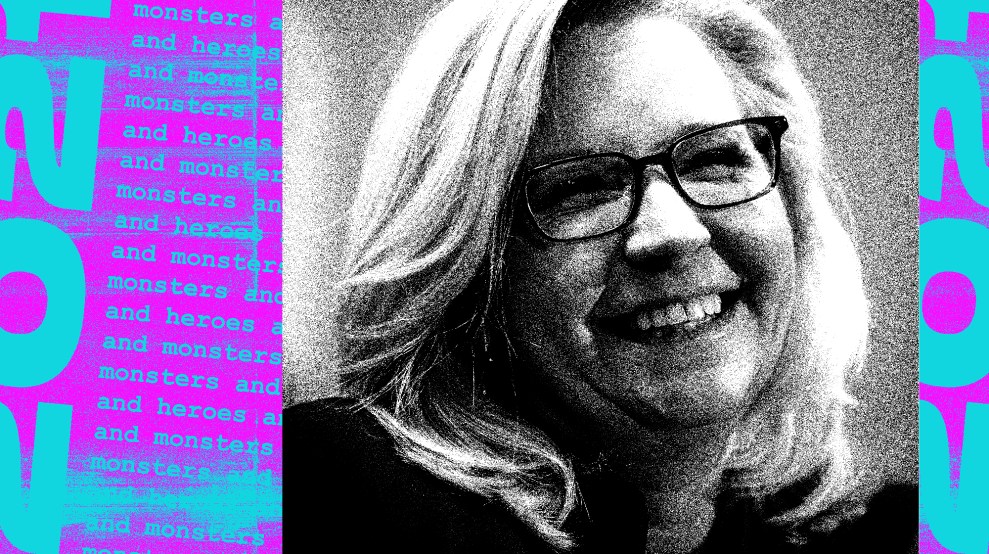 Back in 2010, when Liz Cheney launched a McCarthyite witch hunt against the “Al Qaeda Seven,” she was met with a barrage of criticism from appalled members of her own party. At the time, a group Cheney founded was running ads and giving interviews attacking a handful of DOJ lawyers who, before joining the Obama administration, had “represented or advocated” on behalf of war on terror detainees. These attorneys, she gravely told Bill O’Reilly in March of that year, had “voluntarily represented terrorists.”

Cheney’s attacks were outrageous, and prominent Republicans said so. Terror suspects’ lawyers should not automatically be “identified with their former clients and regarded as a fifth column,” wrote former Bush Attorney General Michael Mukasey. Cheney’s rhetoric was “unjust” and “destructive,” read a letter signed by Ken Starr and other influential conservative attorneys.

It was perhaps not surprising that Cheney—a vocal Iraq war supporter and an apologist for the torture policies championed by her father—would seek to undermine bedrock Democratic institutions like the rule of law and the right to a fair trial. But it was nonetheless fortunate that powerful GOP voices were willing to speak out against her.

These days, Cheney is the one speaking out about threats to democracy—and she seems far more isolated in her party than her own critics were a decade ago.

It’s easy to dismiss this carefully worded statement as tepid and mealy-mouthed, an attempt to win plaudits from establishment types without actually saying the obvious: that Trump lost. But it mattered.

Like most GOP officeholders, the Wyoming congresswoman’s initial reaction to the 2020 election wasn’t exactly a profile in courage. Cheney, who at the time was the third-ranking House Republican and had once been an ardent Donald Trump supporter, spent weeks declining to directly acknowledge that Joe Biden won. But on November 20, she came close, stating that if Trump was unable to prove his allegations of election fraud in court, he should “fulfill his oath” by “respecting the sanctity of our electoral process.”

It’s easy to dismiss this carefully worded statement as tepid and mealy-mouthed, an attempt to win plaudits from establishment types without actually saying the obvious: that Trump lost. But it mattered. Cautious as it was, it represented one of the earliest breaks by a powerful Republican—a member of the party’s leadership, no less—with Trump’s Big Lie. Trump certainly saw it that way; he lashed out at her on Twitter. That rift would only grow, setting Cheney on a year-long path in which she would repeatedly choose to fulfill her own oath to the Constitution, quite possibly at the cost of her political career.

Not long after that initial break, Cheney became the only member of the House GOP leadership to refuse to sign an amicus brief in support of the ridiculous lawsuit filed by Texas’ pro-Trump attorney general asking the Supreme Court to overturn the election in a handful of swing states. According to ABC News’ Jonathan Karl, Cheney privately lobbied her colleagues to reject Trump’s demands that they endorse the brief. And as the weeks went on and January 6 approached, Cheney continued to sound alarm bells. When Trump was recorded pressuring Georgia’s secretary of state to change the election results, Cheney called the president’s actions “deeply troubling.” She also drafted a lengthy memo warning that efforts to challenge the Electoral College vote in Congress would “set an exceptionally dangerous precedent” that would be “directly at odds with the Constitution’s clear text.”

At the time, this was all a bit frustrating. With the defeated president openly trying to steal the election, leaked legalistic memos and brief comments to DC reporters didn’t feel like much. But again, Trump didn’t see it that way. “We got to get rid of the weak congresspeople, the ones that aren’t any good, the Liz Cheneys of the world,” he told his supporters on the day of the Capitol riot. “We got to get rid of them.” (Months later, he would follow through on his threat, endorsing one of Cheney’s primary challengers after holding Apprentice-like job interviews at his New Jersey golf club.)

Fast forward to mid January, and Cheney was one of just 10 Republicans who voted to impeach Trump for inciting the insurrection. “The President of the United States summoned this mob, assembled the mob, and lit the flame of this attack,” she said in a statement explaining her decision. “The President could have immediately and forcefully intervened to stop the violence. He did not. There has never been a greater betrayal by a President of the United States of his office and his oath to the Constitution.” Less than a month later, she was formally censured by the Wyoming Republican Party. Despite calls for her resignation, she didn’t back off—prompting her enraged GOP colleagues to remove her from leadership.

Cheney still did not stop. After Senate Republicans blocked efforts to create a bipartisan commission to investigate the January 6 attack, Cheney was one of just two Republicans to vote to establish a House select committee to probe the insurrection. Days later, she defied House Republican Leader Kevin McCarthy and accepted a seat on that committee.

“We cannot leave the violence of January 6 and its causes uninvestigated,” she said at an early hearing of the committee. “If those responsible are not held accountable, and if Congress does not act responsibly, this will remain a cancer on our constitutional republic.”

“We must also know what happened every minute of that day in the White House. Every phone call, every conversation, every meeting leading up to, during, and after the attack.” —Rep. Liz Cheney pic.twitter.com/l43M3hJk7W #January6

Cheney, who has since become the vice chairwoman of the panel, redoubled her efforts this fall. She voted to hold former Trump adviser Steve Bannon and former White House Chief of Staff Mark Meadows in criminal contempt for defying committee subpoenas, reading into the record chilling messages Meadows received from people trapped in the Capitol on January 6, begging for Trump to call off the mob. “These text messages leave no doubt: The White House knew exactly what was happening here at the Capitol,” she explained.

“Mark, protesters are literally storming the Capitol, breaking windows on doors, rushing in. Is Trump going to say something?” stated one of the texts that Cheney read aloud. She went on to say that “hours passed without necessary action by the president” and that the text messages were “further evidence of President Trump’s supreme dereliction of duty.”

“We cannot be satisfied with incomplete answers or half-truths, and we cannot surrender to President Trump’s efforts to hide what happened,” she added. “We will get to the objective truth to ensure that January 6 never happens again.”

Cheney’s insistence on pursuing that truth in the face of Trump’s lies will probably put an end to her time in Congress. The courage she has displayed over the last 13 months certainly doesn’t undo the damage she has caused around the world throughout her career; no amount of never-Trumpism can paper over the disastrous legacies of the Bush foreign policy chorus. It doesn’t have to. Cheney is not a life-long hero. But she is a hero of 2021.