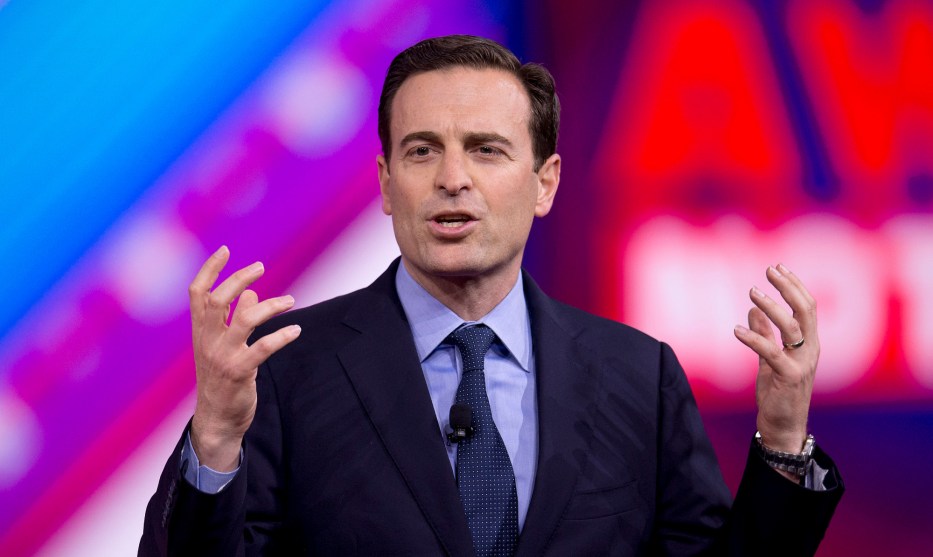 In a speech at last month’s Conservative Political Action Conference in Orlando, Nevada Republican Senate candidate Adam Laxalt offered an unusual theory about the biggest news story in the world. The Russian invasion of Ukraine, he argued, was in part a response to the failure of American “elites” to end drug trafficking or stand up to movements such as Black Lives Matter.

There aren’t many definitions of “elites” in the context of American power and politics that don’t include people like Adam Laxalt. He is sort of the archetype of what he’s railing against.

Attacking “elites” is a cliche among political candidates, but coming from Laxalt, a leading contender to take on Democratic Sen. Catherine Cortez Masto in one of the year’s most important Senate races, the term is, well, a little rich.

His grandfather, Paul Laxalt, was a Nevada governor and US senator who started a lobbying firm called the Paul Laxalt Group. His father was the late New Mexico Sen. Pete Domenici. His mother, Michelle Laxalt, was a US Senate staffer who opened her own lobbying firm called Laxalt Corporation. Adam Laxalt graduated from a posh prep school in Alexandria, Virginia, and has two degrees from Georgetown. He co-chaired Donald Trump’s 2020 campaign in Nevada. According to his financial disclosure, he’s made millions of dollars at a Washington, DC–based law firm, which he joined fresh from serving as Nevada’s attorney general. There aren’t many definitions of “elites” in the context of American power and politics that don’t include people like Adam Laxalt. He is sort of the archetype of what he’s railing against.

But Laxalt’s condemnation of elites at CPAC was not a one-off thing. He’s been talking like this since his campaign began, inveighing against the nation’s “ruling” class dozens of times in speeches and interviews. “The radical left, rich elites, woke corporations, academia, Hollywood, and the media” were “taking over America,” he warned in his launch video, and “canceling any who stand in their way.” (Hollywood had help from, among other places, the Laxalt Corporation, which took in more than $1 million from the Motion Picture Association of America to lobby members of Congress over the years.)

“The elites, they look out for each other, you know?” he said at last year’s Basque Fry, a Nevada cattle-call that hosts state Republican power players and presidential candidates and is sponsored by his political action committee. “They’re all in one club. We’re all in another club.”

His opponent, Cortez Masto, was “part of the club” and “believes what most of our ruling elite believes,” he told a veteran Nevada local news reporter a few days later.

Laxalt liked his answer so much he recounted it again in an interview on the conservative podcast Ruthless. “I just looked at the reporter…and I just said, ‘Look, she is only a moderate in the eyes of liberal reporters and the ruling elite in Nevada.’”)

“These elites are so insulated from real people and all they care about is satisfying Hollywood and their radical, leftist supporters,” he complained to the conservative radio host Dan Mason last year.

“We’ve got the media that’s working with the Washington elites along with Big Tech and Hollywood entertainment,” Laxalt said at a campaign event in October. “Whenever they have something that they want to push on all of us, you see them hit that button and they just jam it down our throats.”

Trump went “against the orthodoxy” of “the elite Washington crowd” when he talked about securing the border as president, Laxalt told a radio host in January. Laxalt was running against “elite orthodoxy,” he said in an interview with the conservative media personality Dan Bongino last month—in case there was any confusion on the matter.

Laxalt is hardly the only conservative politician running against the tyranny of the “elites” while benefiting from all the trappings of the ruling class. Should he win in November, he’ll practically join a caucus of them. Florida Sen. Rick Scott, the richest member of the Senate, recently wrote that “the elites atop our nation’s institutions are working hard to redefine America and silence their opponents” after his proposal to raise income taxes on poor people drew criticism. Missouri Sen. Josh Hawley has trashed the “cosmopolitan elite” after stints at Stanford and Yale Law School and a Supreme Court clerkship. Louisiana Sen. John Kennedy, an Oxford-educated lawyer, has condemned the “cultured, cosmopolitan, goat’s-milk-latte-drinking, avocado toast-eating insider elite.” There are not one but two elite-bashing Republican Senate candidates who previously worked for the same Silicon Valley billionaire—Peter Thiel. And then, of course, there was the original man of the people, Trump, a Wharton-educated mogul who lived in a Manhattan tower, talked about his own IQ and pedigree, and disparaged working-class communities as “disgusting.”

On the eve of last year’s governor’s election in Virginia, as former Carlyle Group co-CEO Glenn Youngkin was poised to upset former Democratic Gov. Terry McAuliffe, Laxalt went on Newsmax to predict the vanquishing of a familiar villain.

“I think people are rising up, and they’re going to send a big message to our elites,” Laxalt said.

Just, he hopes, not to all of them.