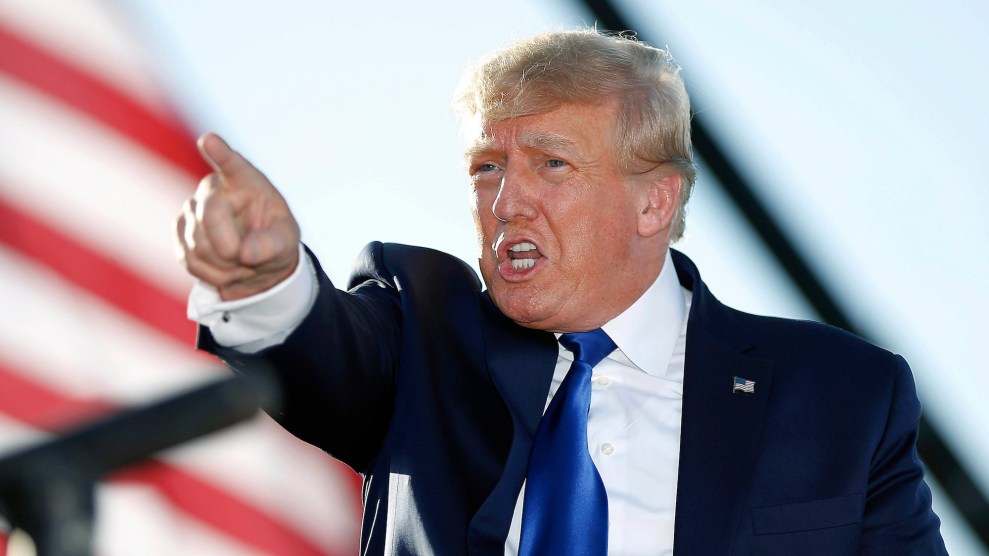 James’ investigation centers on whether or not Trump and his company intentionally inflated the value of some of his assets to get better deals from banks and insurance companies and low-balled estimates on the same properties when it came time to pay taxes. Trump and the Trump Organization have denied wrongdoing. James’ investigation has generated prodigious amounts of evidence about how the Trump Organizations operated under Trump’s direct and close control over the years. Some of that evidence has already created substantial issues for the former president, including an announcement from the independent accounting firm Trump used for years that it no longer stands by any of the financial statements it created for him. James has most recently focused on Trump’s personal role in the valuations his company developed.

As part of that probe, back in December, James subpoenaed Trump, seeking written documents, notes, calendar entries, and cellphone data. She has received almost nothing in response. In April, after months of Trump’s attorneys attempting to argue over what Trump would be willing to turn over New York Judge Arthur Engoron ruled Trump was personally in contempt of court and fined him $10,000 a day until he complied with the subpoena. Earlier this month, after Trump finally began to cooperate, Engoron agreed to pause the $10,000 a day fines after 11 days, so long as Trump was fully in compliance by May 20.

In a letter to the judge on Friday, Trump attorney Alina Habba affirmed that Trump had wired James’ office the $110,000 and provided a number of affidavits from various people in Trump’s orbit assuring the judge they had indeed done a thorough search of Trump’s various properties to comply with the subpoena. On Monday, James’ office sent the judge its own letter, in which the AG’s office argued that Trump has yet to turn over a few relatively minor details. But, the AG’s team wrote, “we recognize those efforts were undertaken in good faith and included timely payment of the accrued contempt fine.”

In decades of running his real estate and hospitality empire, Trump racked up a long history of sometimes failing to pay money he owed, with long lists of creditors—often small-time contractors—who claim he stiffed them. He’s also fought elaborate legal battles with major lenders over whether he really has to pay them at all—in 2009 he sued German financial giant Deutsche Bank after missing loan payments, claiming the bank actually owed him $3 billion for ruining the global economy. But this contempt fine was one that Trump was very unlikely to be able to avoid, legal experts said, and this time he does appear to have paid it promptly.

In the end, Trump has apparently turned over very little additional evidence, but he has had to provide fairly detailed descriptions of the efforts his employees and Habba have undertaken to demonstrate that the requested records don’t exist. (Habba told Engoron she personally searched all the desk, dresser, and nightstand drawers at Trump’s various residences and offices.) Engoron has not ruled on whether Trump has indeed met all of the requirements to purge the contempt holding; if he rules Trump hasn’t, he’ll have to decide whether to restart the fines.

In the meantime, the $110,000 Trump paid to James will wait in an escrow account, because Trump has appealed the original contempt ruling to a higher court. If Trump ultimately loses the appeal, James’ office will receive the money currently being held in escrow.