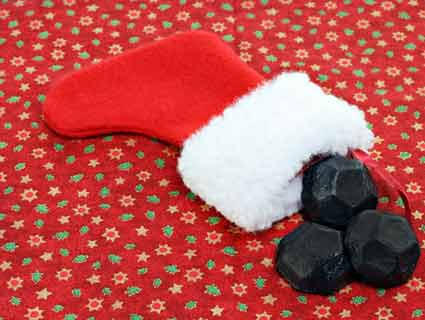 Can college students reshape energy politics in the US by reforming their colleges’ endowments? That’s the hope of idealistic students at 189 different campuses across the country who have launched campaigns to encourage their school administrators and trustees to dump all their investments in fossil fuels. The campaign, the students say, gives them a direct check on the power of the oil, coal and gas industries, which they hope will have broader effects nationwide.

“We were feeling, like the rest of the climate movement, pretty frustrated with the political situation in the US,” said Alli Welton, a sophomore at Harvard and the co-coordinator of the school’s divestment campaign. “We felt that fossil fuel corporations just had too much control over Congress, and it was really hard to see how we could overcome that barrier.”

“Divestment was really exciting,” continued Welton, a native of Washington state studying the history of science. “It was striking directly at the fossil fuel companies themselves, instead of going at their proxies in Congress. “

Listen below to hear Climate Desk weigh the effectiveness of college divestment from fossil fuels:

The Divest Harvard campaign started in September with a petition drive and educational events featuring alumni and faculty from the school that had previously worked on divestment campaigns on tobacco and apartheid—”connecting historical dots,” as Welton put it. Harvard students have led successful divestment campaigns against South African apartheid in 1986, against tobacco companies in 1990, and against companies related to the genocide in Darfur in 2005.

The students were able to get a measure on the school’s ballot for student government elections this November asking the full student body, “Do you support Harvard divesting its endowment from the fossil fuel industry in order to avert further environmental and human rights crises due to climate change?” The majority—72 percent—voted “yes.”

The school has not disclosed how much of Harvard’s $30 billion endowment includes holdings in fossil fuels, though Harvard Management Company’s SEC filings show that the school has holdings in several energy companies, including Brazilian oil giant Petróleo Brasileiro and WPX Energy.

But in order to actually divest, the students need the consent of the Harvard Corporation—the school’s governing body, the equivalent of a board of trustees at other universities. After months of trying to get attention to their effort, Welton and other student organizers finally secured a meeting with the Corporation’s Committee on Shareholder Responsibility, to be held early next year.

But the signs they’ve seen from the administration aren’t promising so far. “Members of the Corporation Committee on Shareholder Responsibility will meet with students to discuss endowment investment policies ” said Kevin Galvin, senior director of communications at Harvard, in a statement to Mother Jones. But, when it comes to fossil fuels, he said, “the university has a strong presumption against divestment.”

The school did, however, announce last week that it is setting up a “social choice fund” in 2013 that will allow alumni to donate to an alternative to the endowment that will “take special account of social responsibility considerations.”

Other Ivies like Brown and Yale are jumping into the divestment effort. At Brown, students are trying to get the school’s endowment to drop investments in the 15 “filthiest” coal companies. “We see Brown divesting as something that can something that can promote other campuses to divest,” said Emily Kirkland, a senior majoring in economics and environmental studies. “By divesting we can shift public opinion and make it clear to politicians, business leaders, and the general public that coal’s legacy of environmental destruction is unacceptable.”

Kirkland and many of the students working on divestment cite a July 2012 Rolling Stone piece from author and activist Bill McKibben, “Global Warming’s Terrifying New Math.” The piece called on college students specifically to take action: “If their college’s endowment portfolio has fossil-fuel stock,” McKibben wrote, “then their educations are being subsidized by investments that guarantee they won’t have much of a planet on which to make use of their degree.”

McKibben’s group, 350.org, has been working with students on their divestment campaigns. The campaign has gotten some press of late, including a New York Times piece several weeks ago. That press coverage has helped prompt to an explosion of new campus divestment campaigns.

They’ve already had a few wins. Earlier this month, Swarthmore College’s Board of Managers agreed to investigate ethical investing and consider the possibility of divestment. That process is supposed to continue throughout the rest of the school year.

At the vanguard of the effort was tiny Unity College, a 600-student liberal arts school in Maine specializing in environmental education. The school’s Board of Trustees had already agreed informally to stop investing its $13.5 million endowment in fossil fuel companies five years ago. That informal agreement had helped bring the school’s investment portfolio from about a 30 percent potential exposure to fossil fuel companies to about 10 percent. The board agreed to formalize that policy it at its November 4 meeting, with a push from President Stephen Mulkey. The school now aims to get down to a point where less than 1 percent of its investments are in funds that could include fossil fuel companies.

Mulkey, a tropical forest ecologist by training, said in an interview with Mother Jones that while it is “uncharacteristically activist for a college to have a policy of this nature,” the trustees agreed with the ethical argument. “It’s hard to claim you’re committed to the renewal of civilization at the same time you’re investing in its destruction,” he said.

Mulkey acknowledges that getting their portfolios off fossil fuels is not going to be simple, especially for colleges with large endowments. But he believes schools have a responsibility to take the lead.

“If you’re a college or university in this country, you don’t want to be in the wrong side of this issue,” said Mulkey. “If anything, we’re all too late in taking a stand on this.”