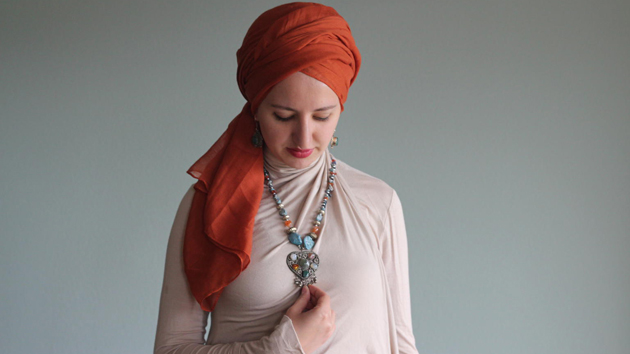 When Suad Bushnaq thinks of Syria, she thinks of the wonderful years she spent studying at one of the Middle East’s top conservatories, attending performances at the Damascus Opera House, and catching jazz gigs in back-alley cafes.

She thinks of musakhan, shwarma, fresh-squeezed juices; and of her dearest friends and the jokes they told each other.

She thinks of her late mother, born and raised in Syria, and of her mother’s family still living there.

“When I was in fifth grade, my mom told me, ‘If you stop taking piano lessons I will break the piano!'”

But these days, watching events unfold from the safety of the United States, she is barraged by daily images of violence, airstrikes, and fleeing refugees. And the public apprehension, ever since the Paris terrorist attacks, that has allowed craven politicians (including the governor of her home state) to paint those refugees as a threat. “No one [in the West] has the image of the Syria that I know,” Bushnaq told me. “The beautiful Syria filled with culture and history and amazing food and people who laugh.”

Syria has changed dramatically in the decade since Bushnaq, one of only a handful of Arab women composers on the planet (Layal Watfeh and Farah Siraj being among the other notables), last set foot there. The ongoing civil war has disrupted and even claimed the lives of many of her friends and relatives. Now she’s fighting the loss of Syrian culture in the only way she knows how: by creating orchestral pieces and scores that combine the Western and Middle Eastern musical traditions.

She has released two albums and collaborated with award-winning Arab filmmakers, as well as the Syrian Expat Philharmonic Orchestra, which performed a movement of her orchestral suite Hakawaty (or Suite for Damascus) to a sold-out international audience in Bremen, Germany, this past September.

The 33-year-old composer was born and raised in Amman, Jordan, by a Syrian mother and a Palestinian-Bosnian father with a large LP collection. (“My house was full of music,” she says.) She started piano at age four but hated her lessons, preferring to make up her own songs. “When I was in fifth grade, my mom told me, ‘If you stop taking piano lessons I will break the piano! I am not the type of mom who would allow us to have a piano as a piece of furniture.'”

By 16, she decided that composition was more than just a whim. She dreamed of attending McGill University’s Schulich School of Music in Montreal, but her parents said no. It was too far away and too expensive. So Bushnaq moved to Damascus.

There she attended the Higher Institute of Music, where she learned from and performed with some of the region’s premier musicians—many of them women who’ve gone on to international success. But Bushnaq was the only one studying composition. She would also be the only Arab woman ever admitted to McGill’s prestigious composition program, where she landed a full scholarship in 2005. At McGill, she further honed her compositional style—a distillation of the influences of “a classically trained pianist who grew up in the Arab world, who has a bit of Balkan blood, and who likes to listen to jazz.”

Bushnaq, who now lives with her husband in North Carolina, has worked on the scores of several films. One of them is a documentary about a 12-year-old Syrian refugee, by the female Lebanese director Niam Itani. There’s also a psycho-thriller called The Curve, which will premiere at the Dubai International Film Festival in December, by Jordanian-Palestinian director Rifqi Assaf. (The strings on the soundtrack were recorded by Syrian musicians in Damascus.)

Lately, Bushnaq has been looking around for an orchestra to perform her Suite for Damascus in full, following on the success of the Syrian Expat concert. She remains in constant contact with friends and family back in Syria, where, despite all the chaos, the Higher Institute of Music continues to operate, and its musicians continue to perform.

“It’s sad what’s happening now,” Bushnaq told me. “But it makes me happy to know that the music scene is still going. It shows me that despite the war, people are still trying their best to live.”