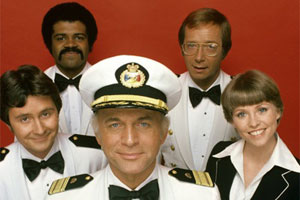 A few weeks ago, I wrote a story about how the families of the Deepwater Horizon explosion victims can’t really sue for major damages over BP’s negligence in the explosion, thanks to an ancient maritime law called the Death on the High Seas Act (DOHSA). The story predicted that while Congress was attempting to remedy that situation with the SPILL Act, one of the biggest obstacles to justice for the rig workers would not be BP but the cruise ship industry, whose passengers occasionally suffer untimely deaths, disappearances and other accidents at sea.

Well, turns out the Love Boat lobby has indeed stepped up to do BP’s dirty work in fighting the SPILL Act. Late Tuesday, the Cruise Lines International Association (CLIA) sent a letter to members of the Florida congressional delegation “strongly” opposing the bill because it would allow cruise ship victims to sue the companies for noneconomic damages. That would open the industry up to real liability for all the crime and other bad stuff that happens to hapless passengers. CLIA says the bill would expose it to lawsuits that could prove to be extremely unpredictable, the same line Exxon took in its many appeals of the Valdez lawsuit. CLIA is joined in its campaign by the U.S. Chamber of Commerce, which naturally is opposed to any law that might make it easier for the little people to sue big corporations that kill them.

How the floating hotel biz will fare is unclear. Lobbying on the other side along with the BP workers’ families are the Parents of Murdered Children, the National Center for Victims of Crime, and the International Cruise Victims Association, which is made up of lots of families of people who went on cruises and never came back. They have pretty compelling stories to combat the industry’s need for “predictability.” But as Kendell Carver, ICA’s president, wrote on June 17 to Rep. John Conyers (D-Mich.), the cruise ship industry has spent millions to avoid liability for accidents on its ships (some of which seem like the stuff of a summer blockbuster disaster movie). Meanwhile, ICV is an all-volunteer organization with pretty much no money to fight back. We’ll see whose influence prevails this afternoon, when the House is scheduled to vote on the bill.