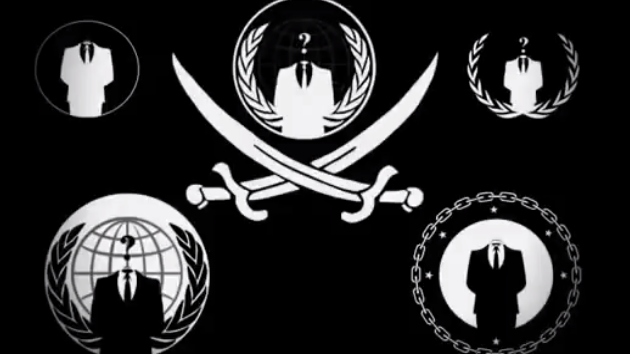 The shadowy hacker collective known as Anonymous has announced it will launch a round of cyber-attacks this Friday against the Israeli government, in retaliation for Israel’s ongoing military intervention in Gaza. This onslaught would add to a wave of cyber assaults staged in recent weeks by hackers largely from the Middle East, Asia, and South America, who are supporting “OpSaveGaza,” an Anonymous-backed campaign targeting Israeli government websites that has succeeded in temporarily taking down the sites of the Israeli defense ministry and the Tel Aviv police department.

This isn’t the first time Anonymous has zeroed in on Israel; the collective has been launching cyber-attacks against the country for several years, with mixed results. “As a collective ‘Anonymous’ does not hate Israel, it hates that Israel’s government is committing genocide & slaughtering unarmed people in Gaza to obtain more land at the border,” an Anonymous spokesperson, using the Twitter handle @YourAnonCentral, tells Mother Jones. The spokesperson notes that there has never been any Anonymous action taken against Palestinian targets, including Hamas, the outfit governing Gaza and launching rocket attacks against Israel.

The most recent round of cyber-attacks began in early July, and the Anonymous spokesperson claims that collective members sabotaged “thousands” of Israeli websites. Several of the sites targeted were indeed down recently. The International Business Times reported last week that “numerous Israeli government homepages have been replaced by graphics, slogans, and auto-playing audio files.” On Monday, hackers leaked a list of log-in details they claim belong to Israeli government officials, but the government hasn’t confirmed this.

One group claiming responsibility for these recent attacks is “AnonGhost,” which the Anonymous spokesperson says is an “exclusive” outfit associated with Anonymous. But a representative of AnonGhost denies they are associated. “Anonymous are kids, we are their fathers in the cyber,” the representative says of his or her 28-person group. “We avoid teams, we prefer to do it in our own way.”

“People like surprises, right?” the Anonymous spokesperson says when asked about the collective’s plans to target Israel.

Whatever the connection between these outfits, Anonymous is now calling on hackers to launch new attacks on Friday so that “Israel will feel fear tingling in their servers, and homes,” according to the group’s public call to arms. The Anonymous spokesperson says that this plan appears to have originated with members in the collective’s North American and European factions.

Israel’s National Cyber Bureau, the agency tasked with protecting national infrastructure from cyber threats, did not respond to a request for comment.

Anonymous claims that its members have been fighting the Israeli government for over four years. In 2012, the collective launched the #OpIsrael campaign against Israeli civilian and military websites. The Anonymous spokesperson says that “by our calculations the damage ranged in the millions [of dollars] despite what the official government statements may entail.” In November of that year, a computer security company that examined about 40 websites Anonymous hackers claimed to have taken offline told the New York Times that, in most cases, the group was not as successful at shutting down these websites as it had claimed.

In April 2013, Anonymous initially claimed to have attacked 100,000 websites and caused over $3 billion worth of damage to Israel. But Yitzhak Ben Yisrael of Israel’s National Cyber Bureau told reporters that there was “hardly any real damage” and “Anonymous doesn’t have the skills to damage the country’s vital infrastructure.” The Anonymous spokesperson concedes that while “many sites were taken down that day,” the operation was ultimately a “failure,” contrary to the initial reports, because it was announced too early, giving Israel plenty of time to bolster its cybersecurity defenses. “Israeli cyber defense identified many participants and arranged for their arrest worldwide,” the spokesperson says.

Gabriella Coleman, a professor at McGill University who is writing a book on Anonymous, says that the group has had success in the past when intervening in other international conflicts. She points out that when Anonymous conducted Operation Tunisia in 2011, it brought attention to the anti-government protests in that country and “made a decisive difference.” Orr Nir, a senior cyber-security consultant at the Israeli branch of the international consulting firm Deloitte, tells the Times of Israel that cyberattacks against Israel are “like the Hamas rocket fire–most of them miss, but if one does strike a high-value target, it could cause a disaster.”

The Anonymous spokesperson declined to provide details about what the group has in store on Friday: “People like surprises, right?”

Update, July 22, 2014: Another faction associated with Anonymous, writing from @TheAnonMessenger, says that they first posted the call to arms on July 7, before other members republished it, and their particular group is not planning an attack on Friday. But the spokesperson says that attacks will “still continue under #OpSaveGaza everyday, not just one Friday.”