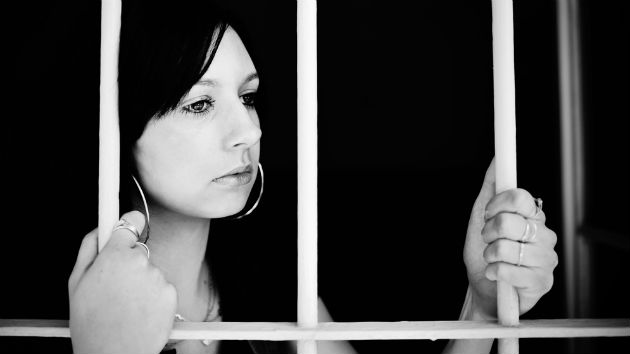 When Maria Caraballo delivered her daughter in 2010, she was handcuffed to the hospital bed.

“They didn’t even remove my cuffs for me to hold my baby,” says Caraballo, who at the time was serving a prison sentence in New York. “I had to hold my baby with one hand for two to three seconds. They didn’t take my handcuffs off until after I was stitched up and in the prison ward, and I didn’t see my baby until the next day.”

Caraballo gave birth to her daughter a year after it became illegal to shackle incarcerated women during childbirth in New York. But her experience wasn’t necessarily unique: New evidence published earlier this year suggests many women continue to be shackled in violation of the law. And now, six years after restraining pregnant inmates was first restricted in the state, an anti-shackling bill is once again headed to the governor’s desk.

Handcuffs, waist chains, and ankle shackles are commonly used to restrain inmates who are transported out of prison, whether it’s for a trial, facility transfer, or medical attention. And though it’s hard to imagine someone making a break for it during labor, shackles are routinely used to restrain women inmates during childbirth, according to the American Civil Liberties Union, which has called the practice “inhumane.” It’s “almost never justified by the need for safety and security for medical staff, the public or correctional officers,” the ACLU has said.

The medical community agrees. “Physical restraints have interfered with the ability of physicians to safely practice medicine by reducing their ability to assess and evaluate the physical condition of the mother and fetus, and have similarly made the labor and delivery process more difficult than it needs to be,” wrote the American College of Obstetricians and Gynecologists in a 2007 statement, “overall putting the health and lives of the women and unborn children at risk.”

In the last decade, more states have passed laws restricting the use of shackling on inmates during childbirth. New York became the sixth state to ban restraints during birth when in 2009 then-Gov. David Paterson signed the Anti-Shackling Bill, which prohibited shackling during labor, delivery, and recovery. And since the passage of New York’s ban, at least 15 states followed suit.

But a study published earlier this year by the Correctional Association of New York (CA), a nonprofit organization with the authority to inspect prisons, found that 23 of the 27 women inmates interviewed who’d given birth while incarcerated had been shackled in violation of the law. There are an estimated 30 births each year under the supervision of state and local corrections, according to the correctional association.

“The 2009 law did seem to curtail the practice of shackling during delivery in the hospital” says Tamar Kraft-Stolar, director of the association’s Women in Prison project. “But we found that many women experienced shackling during labor, and many experienced it right after they gave birth and on the way back to the prison.”

Kraft-Stolar attributes the continued shackling of these women to a lack of education. Some correctional officers may not know about the law, and without oversight, there’s no way to enforce it. That’s why Kraft-Stolar and other criminal justice reform advocates are hopeful that New York Gov. Andrew Cuomo will sign Assembly Bill 6430, an update to the 2009 law that would ban the use of restraints on pregnant inmates at any point during their pregnancy and until eight weeks after childbirth.

Passed by both chambers of the state legislature in June and now waiting for the governor’s signature, the bill would also require that every pregnant inmate be notified of her right to not be shackled. It would allow shackling in extraordinary circumstances—with the approval of both the superintendent and chief medical officer and only when a woman is threatening to hurt herself or someone else. However, each incident would have to be reported to the state.

The legislation has a long list of backers, including New York’s correctional officers’ union, which recently expressed its support.

“While it is our duty to monitor all inmates at all times, there are better uses of limited resources than to continue a practice that applies to several dozen pregnant inmates in our prisons who do not pose an immediate threat to the safety and security of our officers and our facilities,” the union said in a statement earlier this month.

And Kraft-Stolar says the legislation can only do so much. “The best solution to the problem of shackling is to not lock women up in the first place,” she says. “Prisons are breeding grounds for human rights violations, and the best way to avoid those violations is to keep people out of prison.”